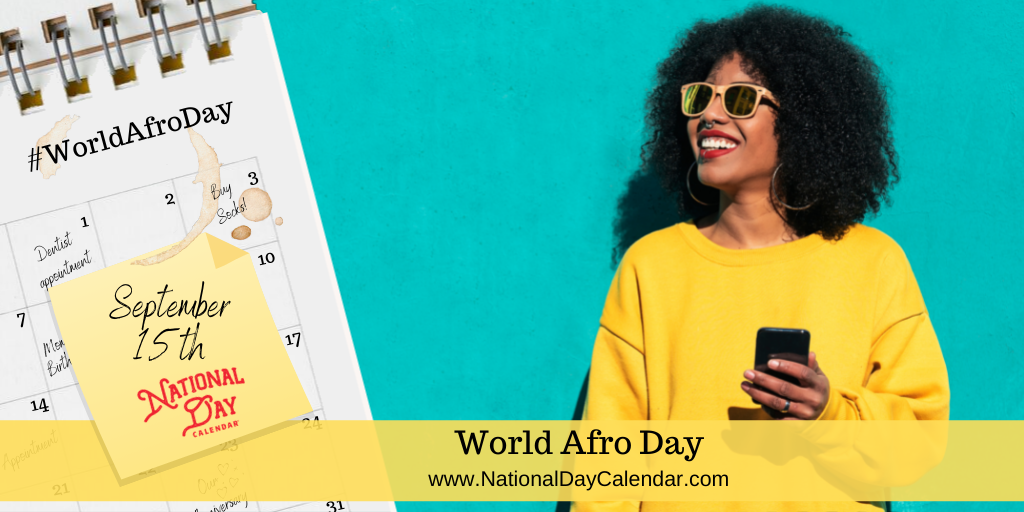 On September 15th, World Afro Day celebrates this natural hairstyle, as well as the culture and identity of those who choose to wear an Afro. This day of change also educates others about the natural hairstyles of blacks and mixed-race people.

The afro is a natural hairstyle for black people, and also those who are mixed-race. The afro is recognizable as the hair stands out all around the head, like a cloud. Some people simply call this hairstyle a “fro.”

Throughout history, African Americans tried to tame their hair to fit in with European beauty standards. However, in the 1960s, many African Americans had enough and decided to go natural. This celebration of self-acceptance became known as the “Black is Beautiful” movement.

In the 1990s, the afro began making a comeback with the natural hair movement. Celebrities including Lauryn Hill, the late Prince, and Colin Kaepernick have all helped to popularize the afro once again. In 2021, the afro was one of the best hairstyles for women.

Every year, the World Afro Day organization holds a variety of events around the world. These events include educational seminars, presentations in schools, on-screen collaborations with celebrities, and special media reports. Through the years, millions of people around the world have participated in these events.

Don’t forget to share this day on social media with #WorldAfroDay.

Michelle De Leon, a former producer and filmmaker for Good Morning Britain, founded World Afro Day in 2017. Her friend, Denese Chikwendu, is the director of World Afro Day. Michelle was inspired to start the day when she heard her daughter singing about her natural hair. She wanted other children to feel good about their hair, too. She chose the date of September 15th. It was on this day that the state of Alabama passed a law in which companies could deny jobs to people with dreadlocks. De Leon wanted to counteract this dreadful law with World Afro Day. The United Nations Office of the High Commissioner for Human Rights has endorsed this day.