On September 21, the aroma filling the room comes from ancient spices, perfectly steeped into a cup of delicious tea. National Chai Day celebrates the strong, satisfying tea that’s ordered at cafes across the country.

While the Indian beverage dates back nearly 5,000 years, the chai served in homes and coffee shops today comes in many forms. The traditional Chai is steeped with black tea leaves. For the richest flavor, add whole milk. Some prefer almond or coconut milk. The most common spice in chai is cardamon. Though blends will vary from place to place, other spices include cinnamon, nutmeg, pepper, and fennel. Finally, sweeten the tea with pure sugar.

The creamy, sweet and aromatic combination is irresistible. Wrap your hands around a warm cup and let the steam waft up into your senses. One sip will tell you how enjoyable National Chai Day is going to be!

Visit a local tea shop or cafe and order a cup of chai. There are a variety of blends to choose from. While chai is customarily steeped with black tea, green chai is available, too. Try both! If you already love chai, invite a friend and use #NationalChaiDay to share on social media. 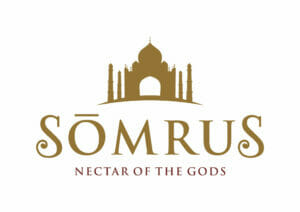 SomruS founded National Chai Day on September 21, 2018, to celebrate the flavorful drink spreading its leaves across the country by the cupful.

The Registrar at National Day Calendar proclaimed National Chai Day to be observed annually on September 21 beginning in 2018.

SomruS is the World’s First Line of Indian Liqueurs. Our flagship product, SomruS Original, is an artisanal Chai liqueur made with cardamom and other eastern spices, nuts, real Wisconsin dairy, and Caribbean Rum. Created by an Indian American couple in their kitchen in Burr Ridge, IL just 4 years ago, SomruS Original Indian Cream Liqueur, is now the most awarded cream liqueur on the planet (www.proof66.com). SomruS is the first liqueur that can be used to create authentic Chai adult beverages from a Chaitini to a Hard Chai to a Hot Chai Latte. Our liqueur is next generation in terms of quality and is low ABV and gluten-free with no preservatives or artificial flavors.

On the third Friday in September, National Tradesmen Day honors the men and women whose skills and hard work build America and keep it running strong. National Tradesmen Day is dedicated to the professionals who maintain the complex infrastructure of our roads, cities, water systems, and power grids.
While these professionals work day in and out maintaining skills unique to their trade, our nation continues to operate smoothly without pause. The skills and knowledge of those in the trades keep business, homes and entire nations running. Whether walls go up or come down, roads cross rivers or the water flows, electricians, plumbers, masons, mechanics, carpenters and everyone in between ensures the job gets done.
With their hands, their skills and their tools, they keep America running smoothly.

Honor a tradesman you know. Show your appreciation and use #NationalTradesmenDay to post on social media.

As we continue our tour of the states, September 21 brings us to the perfect time to honor National New York Day.

The land now known as New York was populated by the Lenape people (also known as the Delaware Indians). They populated New Jersey, Pennsylvania, and parts of Delaware and Connecticut. The Dutch were the first Europeans to settle the area named New Netherland. Settlements and trading posts developed up and down the Hudson River. Albany, the state capital, was once called Beverwijck and the center of the fur trade. In 1624, the Dutch established a settlement on Nutten Island named New Amsterdam. Two years later, they would move to Manhattan Island and the colony would flourish.

The settlement would exchange hands between the Dutch and British a few times, each without bloodshed. The first, in 1664, would be named New York.

When the colonies declared independence and later created the articles of Confederation, it was soon discovered a stronger governing document was needed. While New York sent three delegates to the Constitutional Convention in 1787, only Alexander Hamilton remained to sign the final document. A Federalist, Hamilton held strong opinions that could potentially influence the framing of the young nation’s new governing document. For one, Hamilton supported a life term of service for the President.

From the timeless halls of Ellis Island to the epic beauty of Niagara Falls and breathtaking Adirondacks, New York is infused with grand vistas and endless historical paths to retrace.  With New York City as the epitome of a melting pot long before the term was coined, the state is full of inspiration for artists, sparks intelligent debate and philosophical discussion.

Join National Day Calendar as we celebrate New York’s impressive spaces, historic places, and iconic personalities. Explore all New York has to offer! Use #NationalNewYorkDay to share on social media.

In the United States, National POW/MIA Recognition Day is observed annually on the third Friday in September.

Every year since 1989 by presidential proclamation, The United States remembers and honors those men and women of the Armed Forces who remain missing in action or who are prisoners of war. We are reminded as a nation to rededicate our efforts to bring our patriots home and to care for our military families awaiting word of their loved ones.

The POW/MIA Flag is flown this day over the Capitol, the White House, the Korean and Vietnam Veterans Memorials, the offices of the secretaries of State, Defense and Veterans Affairs, of the Selective Service System, and on the grounds or in the lobbies of every major military installation, every post office and all VA Medical Centers and national cemeteries.

Around the nation, events and ceremonies are held recognizing those who are POWs, MIA, and their families. Loved ones and supporters gather for candlelight vigils, walks and other events to show honor and support of their sacrifice. Join a service near you and show your support. Visit pow-miafamilies.org for more information.

Recognize the men and women who are POW and MIA. Remember them and bring them home. Use #POWMIARecognitionDay to post on social media.

National POW/MIA Recognition Day was established by an Act of Congress with the passage of Section 1082 of the 1998 Defense Authorization Act.  This day is one of the six days that Federal Law requires the POW/MIA Flag be flown at all places designated by the U.S, Secretary of Defense.

This delicious cookie can be eaten and enjoyed morning, noon and night by hungry snackers everywhere. Another pecan related celebration is National Pecan Day on April 14. Pecan is an Algonquian word, meaning “a nut requiring a stone to crack.” A member of the hickory family, the pecan is native to central and southern United States.

Enjoying freshly baked, pecan cookies straight from the oven with a glass of milk is one of the best ways to end the day. Joining a friend while savoring the buttery goodness is even better.  The variety of recipes for soft or firm cookies astounds most bakers. The toasted nuts and sugary sweetness melts in your mouth, keeping you coming back for more.  They delight, and when stored properly, they stay fresh, too.  But pecan cookies won’t last long when they’re baked right.

Gather up the ingredients for your favorite recipe. Whether soft and chewy or the dunking kind, bake up a batch for National Pecan Cookie Day.

Don’t have Pecan Cookie recipe? Try one of these:

Within our research, we were unable to find the creator of National Pecan Cookie Day.

Advertisement
On Deck for September 22, 2018
About National Day Calendar