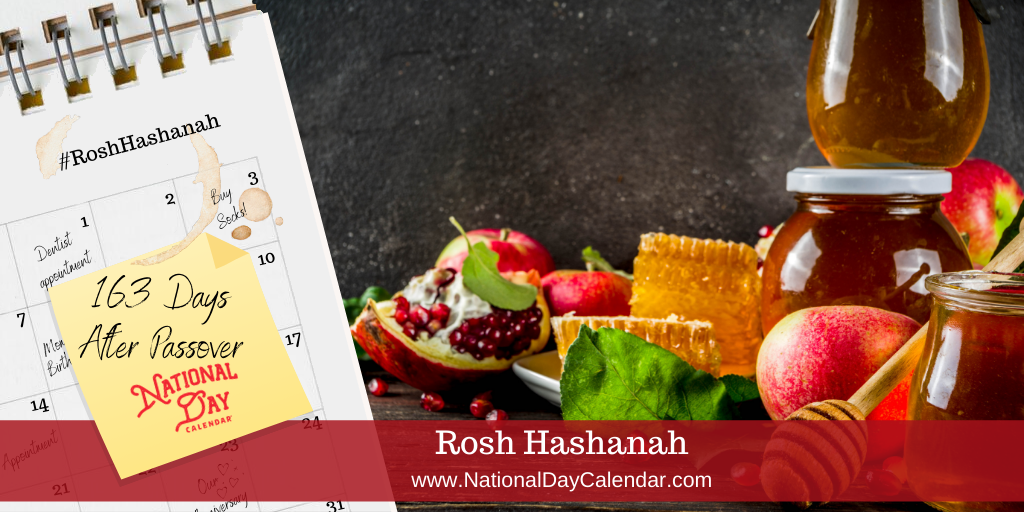 Every year in the fall, Jews around the world celebrate the Jewish New Year. This two-day festival is called Rosh Hashanah, which translates to “Head of the Year.”

The biblical name for Rosh Hashanah is Yom Teruah, which means “day of shouting or blasting.” For this reason, it’s customary to blow the shofar in the synagogue during the holiday. A shofar is a ram’s horn trumpet that was used by ancient Jews during religious ceremonies. The holiday begins at sundown on the Hebrew calendar date of 1 Tishrei. The month of Tishrei occurs either in September or October on the Gregorian calendar.

Here are some more facts surrounding this celebratory Jewish holiday:

While many Jewish people enjoy a nice nap on the Sabbath, this is not the case with Rosh Hashanah. According to the Talmud, if one sleeps at the beginning of the year, his good fortune also sleeps. Some people take this so seriously, they don’t sleep at all during this holiday.

HOW TO OBSERVE #RoshHashanah

Jewish people have many customs on this special holiday. Some Christians even take part in the Rosh Hashanah celebrations. Even though it’s a celebration, Rosh Hashanah is also a time of spiritual reflection and prayer. Some participate in a waterside ceremony called tashlich. During this ceremony, people walk to a fresh body of water and say a prayer. By doing this, they are symbolically casting their sins into the waters.

Spread awareness for this special holiday on social media with #RoshHashanah

The origins of Rosh Hashanah are found in the Old Testament. Leviticus 23:24-25 states, “In the seventh month, on the first day of the month, you shall observe a day of rest, a memorial proclaimed with the blowing of the shofar, a holy convocation.” Through the years, the Biblical “holy convocation,” the “Day of Judgment,” and the anniversary of the creation of the world, were combined to create the official Jewish New Year. In the 2nd century C.E., the day became known as Rosh Hashanah.