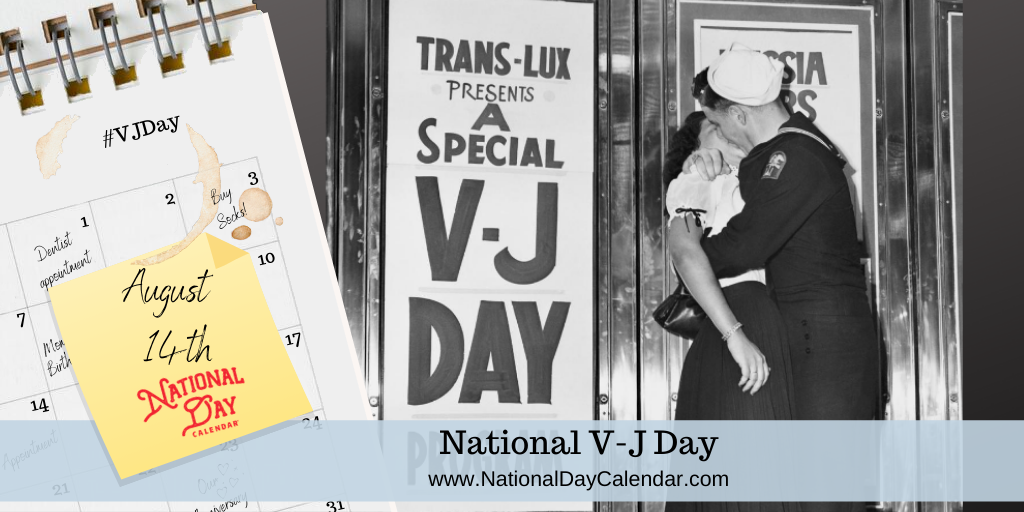 National V-J Day on August 14th commemorates the day in 1945 when news broke around the world the Imperial Government of Japan would surrender ending a long a grueling world war. In Europe, the date was August 15 due to the time zone, but regardless, the celebrations that broke out were no less zealous.

Throughout the war effort, military personnel and civilians stood together to make the next 4 years a united effort. Victory in Japan and the rest of the globe was a final goal.

Learn about the war in the Pacific. Tour Pearl Harbor or read accounts of the efforts. Other ways to join the observance include:

In the United States, President Harry S. Truman announced the victory in a press conference at the White House later that day. The peace treaty was officially signed on September 2, 1945. A year later on August 2nd, Truman signed a proclamation declaring August 14, 1946, as Victory Day.