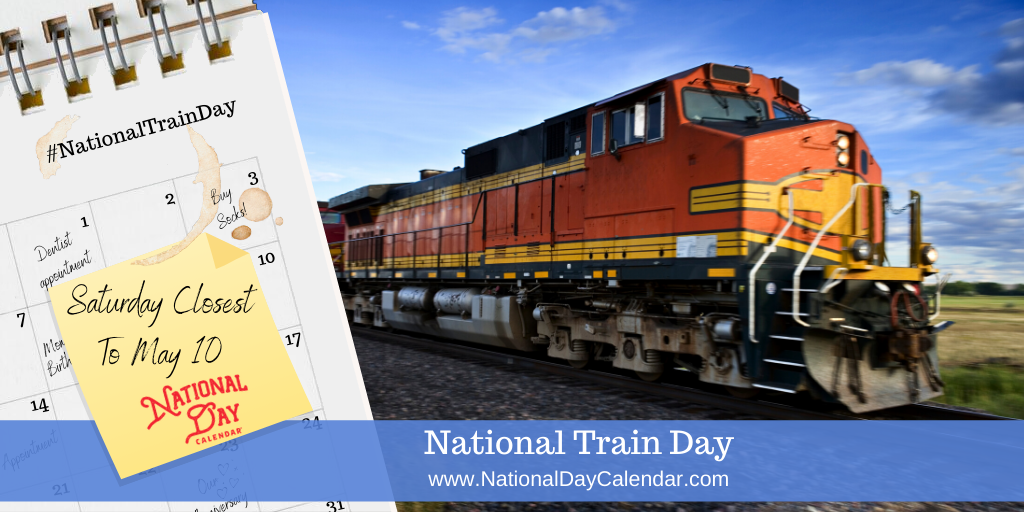 Each year, National Train Day was observed annually on the Saturday closest to May 10th.

Trains revolutionized the world. The first railroad developed in Great Britain and initially used horses as power. These routes hauled limestone, coal, and other heavy materials long distances. Steam engines and the railroad were instrumental in westward expansion in the United States. Not only did it bring settlers West but they also brought the necessary supplies for them to start new lives.

Trains have several different distinct categories that are separated by how their locomotives are powered, their use, and the design of their tracks.  A train is a form of rail transport consisting of a series of “cars” that usually run along a rail track. Trains transport cargo and passengers. A train’s speed can reach up to 350 mph.

While Amtrak discontinued the observance in 2016, we can still celebrate trains, their history, and our fascination with them. Visit a train museum or take a trip by train. Learn how steam power moved the country westward. If you like to read, your library might have The Railways: Nation, Network and People by Simon Bradley or America’s Great Railroad Stations by Roger Straus, Hugh Van Dusen, Ed Breslin. Use #NationalTrainDay to share your experiences on social media.

Amtrak created National Train Day in 2008 as a method of spreading information to the general public about rail travel and the history of trains in the United States. Amtrak discontinued the day in 2016.