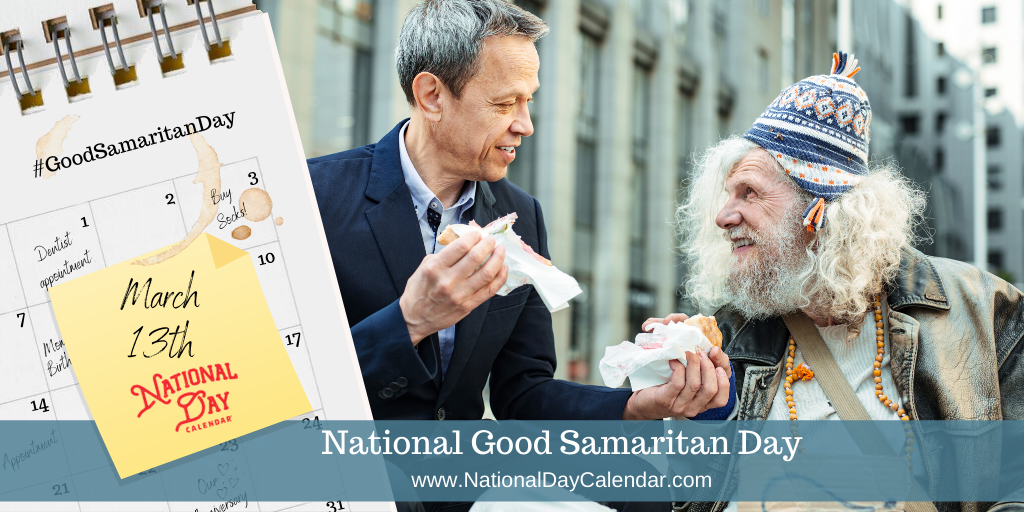 National Good Samaritan Day on March 13th recognizes the unselfish actions of those who provide help when needed. The day is also known as Good Samaritan Involvement Day and celebrates kindness in all its forms.

The term “good Samaritan” comes from the Bible parable where a Samaritan helped a stranger who had been robbed and beaten and left to die by the side of the road. The Samaritan not only cleaned the man’s wounds and clothed him but took him to an inn where he paid for the man’s care.

The term is used today to describe those who perform acts of kindness for those in need, especially those who are strangers.

The day offers many opportunities to celebrate and participate.

Our research found this day honors the death of Catherine “Kitty” Genovese, who was murdered near her home on March 13, 1964, in New York City. That night, if one Good Samaritan had stepped forward, Miss Genovese would have lived. Something interrupted her killer twice that night, each interruption witnessed by neighbors or passersby. Still, one called the police. After his third and successful attempt, one person called, but too late for Miss Genovese. We have been unable to identify the creator of this national day.