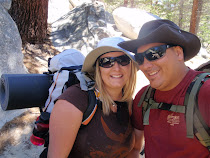 Orchids are beautiful and extremely special. The creators of National Orchid Day, Mike and Faith Young, volunteered at an orchid reserve in San Cristobal de las Casas, Chiapas, Mexico, in 2010. The experience changed their lives forever. So much so, the Youngs decided if they were ever to have a daughter, they would name her Orchid. On April 16, 2014, sadly, they lost their precious daughter during labor. They named her Orchid Faith. Since then, they have been desperately trying to find ways to honor her life.

After discovering that no National Orchid Day existed, the Youngs set out to secure the day in honor of their daughter, Orchid Faith. On the year anniversary of losing their precious little girl, they created a Kickstarter campaign. They offered pre-orders of their backyard honey (The Humble Bumbles Honey), intending to designate April 16th as National Orchid Day through the Official National Day Registrar. Within the first day, they met their goal, and the campaign brought in over $1,500. Thanks to the generosity and kindness of many friends, family, and supporters, April 16th will now forever be National Orchid Day in honor of their daughter.

For the rest of their lives, Mike and Faith say they will be caring for and spreading awareness about orchids. They feel having a National Orchid Day dedicated to the beautiful life they lost, people everywhere will appreciate orchids a little bit more, and their little girl will feel the warmth of those that think of orchids that day. They feel as though all orchids represent their little girl and hope that this special day will inspire those who come across orchids to think of their daughter, Orchid Faith, too; she is alive within you and all of us.

For Mother’s Day 2015, Mike designated and named a Cattleya orchid ‘Radiant Faith’ through Chadwick and Son Orchids, Inc. The International Orchid Register of the Royal Horticulture Society in England officially recognizes and recognizes the Radiant Faith orchid. The Youngs were inspired by Pantone’s color of the year for 2014 (the year they lost their daughter) – Radiant Orchid. Learn more about the Radiant Faith orchid by visiting the International Orchid Register.

In 2015, the Registrar at National Day Calendar® proclaimed National Orchid Day to be observed on April 16th, annually.