Observed each year on May 13th, National Frog Jumping Day is a favorite of young and old alike.

While fans of Mark Twain or perhaps the Calaveras County Fair might have you believe frog jumping competitions only happen in Calaveras County, that’s just not true. They happen throughout the country and with more frequency than one might expect. Frog jumping contests happened in other states and municipalities in 1865 and the events take place across borders in the last century and this one, too. You might even know of one where you live, say in Michigan or Florida or Idaho.

However, we might have to concede, the most well-known might be the Calaveras County Frog Jumping Contest if for no other reason than Mark Twain wrote a story about it, and the author became well-known and loved for his stories.

Promote your famous frog jumping competition. Who’s your exceptional jumper or notorious ribbeter? Use #FrogJumpingDay to post on social media.

Mark Twain’s story about a pet frog named Dan’l Webster and a casual competition between two men betting on whose frog jumps higher, is the origin of National Frog Jumping Day.  The annual Frog Jumping Contest, which began in 1849 in Calaveras County, California is also the origin of this holiday. The international counterpart of this celebration is February 19.

The first apple pie recipe printed was in England in 1381. The list of ingredients included good apples, good spices, figs, raisins, pears, saffron, and cofyn (a type of pastry crust).

While the apple pie existed well before the Pilgrims landed on the eastern shores of what is now The United States, Americans wax poetic about how American apple pie is. The phrase “as American as apple pie” has been around for more than 100 years.

During the turn of the 20th century when whole toasted cereals were becoming the ‘health food’ fad, pie gained a bad reputation.  Apple pie saved the day of sorts, being more nutritious than other pies according to some.

Teddy Roosevelt was impressed to have a taste of home when he was served an American apple pie while traveling in Africa.

Soldiers during World War II were often quoted they were fighting “for Mom and apple pie.”   In 1970, advertisers used the patriotic connection with a commercial jingle “Baseball, hot dogs, apple pie, and Chevrolet.”

Advertisement
HOW TO OBSERVE #NationalApplePieDay

Within our research, we were unable to find the creator of National Apple Pie Day. However, it is interesting to note, it is the second pie holiday in May. Your next opportunity to celebrate pie won’t come again until June 9th on National Strawberry Rhubarb Pie Day.

If you’ve been celebrating the food holidays routinely, National Fruit Cocktail Day on May 13th may be a way to improve the calorie count. Many of us have childhood memories of a dish of fruit cocktail regularly served with a meal.

Fruit cocktail consists of various kinds of fruit served in a liquid of its juices or syrup. While we purchase it in cans and individual serving cups, we can also make it fresh with berries and other fruits. Cafeterias serve fruit cocktail as a healthy fruit option in schools and at buffets, too.

Even though the word cocktail is in the name, fruit cocktail contains no alcohol. The term itself refers to a mixture and can be food or spirits. For example, the secondary definition of a cocktail is “An appetizer made by combining pieces of food, such as fruit or seafood.”

In the United States, the USDA stipulates that canned fruit cocktail must contain certain percentages of pears, grapes, cherries, peaches, and pineapples.

William Vere Cruess of the University of California, Berkeley, and also Herbert Gray of the Barron-Gray Packing Company, San Jose, California have both been credited with the invention of fruit cocktail.

Serve some fruit cocktail with your meals or snack to celebrate. You could even make your own. We found a unique twist and delicious twist on fruit cocktail in this Mexican Fruit Cocktail Recipe. Another way to celebrate is by developing your own. Be sure to share your favorite combination using #FruitCocktailDay to post on social media.

National Crouton Day on May 13th each year recognizes a tasty topping that shouldn’t be overlooked.

Many of our words for bread-related foods come from the French and for good reason. The French love bread. Croutons are no different. The French word croûte means crust. Croutons are often made from day-old bread which has been cut into cubes and seasoned with herbs, oil, or butter. The bread is then either toasted in the oven or tossed in a hot pan until crunchy.

We’re probably most familiar with croutons on our salads. And when we add croutons to our salads, it’s a bit of celebration – a crunch celebration. Each flavorful, crunchy bite adds to our crispy, enjoyment.

Celebrate the day by topping your dish with seasoned croutons. Salads aren’t the only way to enjoy your croutons, either. Check out these outstanding ways to have your croutons and eat them, too in Croutons: 7 Ways Without Salad. You’ll also find some excellent tips and suggestions for your favorite salad topping. Be sure to also share your crouton creations by using #NationalCroutonDay on Social Media.

In March 2015, the Registrar at National Day Calendar declared May 13th of each year as National Crouton Day.

Advertisement
May 13th Celebrated (and Not So Celebrated) History

Inventor Nikola Tesla received patent no. 428,057 for an electric generator.

The United States prints the first airmail stamps. The 24 cent stamps featured a picture of a Curtiss JN-4 bi-plane and ushered in the inaugural day of airmail service on May 15, 1918, between Washington, Philadelphia and New York.

In an exhibition match touted as the “Battle of the Sexes,” Bobby Riggs and Margaret Court squared off. Court lost the charitable event 6-1, 6-2. However, Riggs had previously challenged Billy Jean King to a Battle of the Sexes, and he repeated the challenge. The pair’s showdown took place on September 20, 1973. This time, King brought home the win, 6-4, 6-3, 6-3.

Alison Hargreaves reaches the summit of Everest. The 33-year-old from the United Kingdom was the first woman to climb the highest mountain in the world without the assistance of oxygen or Sherpas. Several months later in August, she and her team would scale K2 but never leave the mountain top due to a freak storm. She died on August 13, 1995. 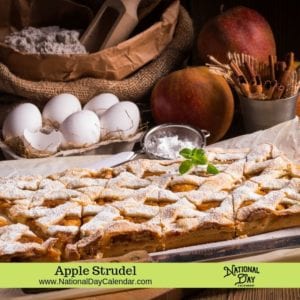 May 13th Celebrated (and Not So Celebrated) Birthdays

In 1936, Danish seismologist and geophysicist published a paper describing her discovery that Earth has a solid inner core. Throughout her career, she would continue to expand upon her research.

The jazz musician and composer is best known for his influence of modern jazz styles including cool jazz, modal jazz, free jazz, and jazz fusion.

Joe Louis dominated the boxing ring and earned his first heavyweight crown in 1937 when he knocked out James J. Braddock in the eighth round.

The award-winning musician began his career at the young age of 11. He became a Motown legend, performing R&B, gospel, funk, jazz, and soul music for six decades.