Be ready to observe by having your glass of milk handy as it is National Oreo Cookie Day. This day is recognized across the nation each year on March 6th. The Oreo sandwich cookie is made up of two chocolate disks containing a… Read more…

National Dentist’s Day on March 6th sets aside a day each year for us to say, “Thank you” to the person who keeps our pearly whites in tip-top order every 6 months. In many cases, the day of our dental visit usually has us… Read more… 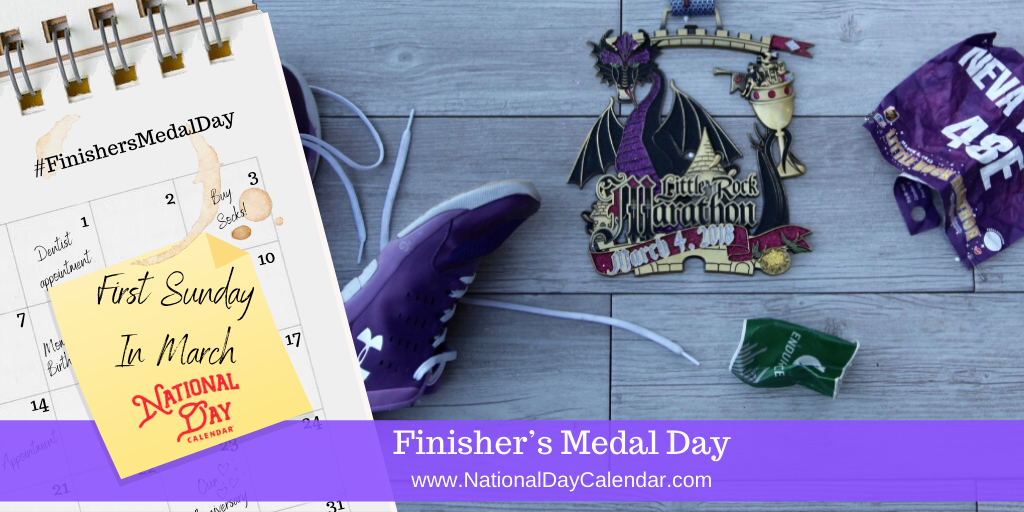 Finisher’s Medal Day on the first Sunday in March recognizes the long hours, days, weeks and even months of training thousands of men and women across the country have put in to achieve their goals of completing a race. Every year, cities around the United States and the world hold… Read more…

On March 6th, observe National Dress Day by reflecting on memorable events when we recall dearest memories by what we were wearing. Dresses have been worn for hundreds of years. Today, they come… Read more…

National Frozen Food Day recognizes the preservation feat that freezing fruits, vegetables, and meats have been on modern life. Celebrated each year on March 6th, the observance takes a look at how frozen food impacts our daily lives, its history, and how… Read more…

National White Chocolate Cheesecake Day on March 6th offers another way to celebrate one of our favorite desserts. This indulgent day inspires bakers across the country to wow us with their delicious creations! Cheesecake is a sweet dessert that is a mixture of… Read more…

Place the apple slices and optional fruit into a saucepan over medium heat for a minute. Sprinkle with a few drops of water, if needed. Add your cinnamon, nutmeg, and salt. Stir to cover the apples with the spices. Add the brown sugar and stir. After about 20 seconds add the water and bring to a boil. Add your oats and cook for 5 minutes. Enjoy with your favorite toppings. Such as nuts and a splash of cream.

March 6th Celebrated (and Not So Celebrated) History

Chemist Dimitri Mendeleev publishes his first paper developing a new periodic table. Mendeleev’s table arranges the elements based on atomic mass, similar to chemist John Newlands, but he corrects some of Newland’s errors. By this time, only 60 of the over 100 elements we know today were discovered.

Peter Hodgson introduces Silly Putty as a toy for the first time.

“My Girl” by The Temptations hits the U.S. singles charts. Written by Smokey Robinson, the single is the first hit for the Motown Records recording label.

March 6th Celebrated (and Not So Celebrated) Birthdays

One of the original Mercury astronauts, Cooper’s first mission to space was aboard Faith 7 on the final flight of the Mercury Project on May 15, 1963. His second flight was aboard Gemini 5 with astronaut Pete Conrad on August 21, 1965.

In 1982, the Colombian author was awarded the Nobel Prize for Literature. Some of his best-known works include One Hundred Years of Solitude and Love in the Time of Cholera.

In February of 1963, Tereshkova began training in the Soviet space program. She was selected for a dual mission with cosmonaut Valeri Bykovsky, and on June 16 became the first woman in space. She orbited the Earth in the Vostok 6 while Bykovsky, who launched two days earlier, orbited in Vostok 5. Tereshkova orbited a total of 48 times around the Earth for 71 hours.

In 1999, Maurice Ashley became the first black chess player to earn the title of grandmaster. He was 33 years old and learned the game from his older brother. Today, the grandmaster continues his love of the game and is also a commentator, coach, consultant, and more.

Known as Shaq, he played 19 years in the National Basketball Association with six different teams. During his career, Shaq brought home four championship rings, three with the Los Angeles Lakers and one with the Miami Heat.

Do you ever wonder where people learn all about those daily popular National Days? Well, this is the place to look for November 27, 2022.
By Doug  November 26, 2022
Next