National Medal of Honor Day on March 25th recognizes all Medal of Honor recipients. The Medal of Honor is the highest military award for valor in the United States and was created in 1861. On March 25, 1863, Secretary of War, Edwin Stanton presented the first Medals of Honor (Army) to… Read more… 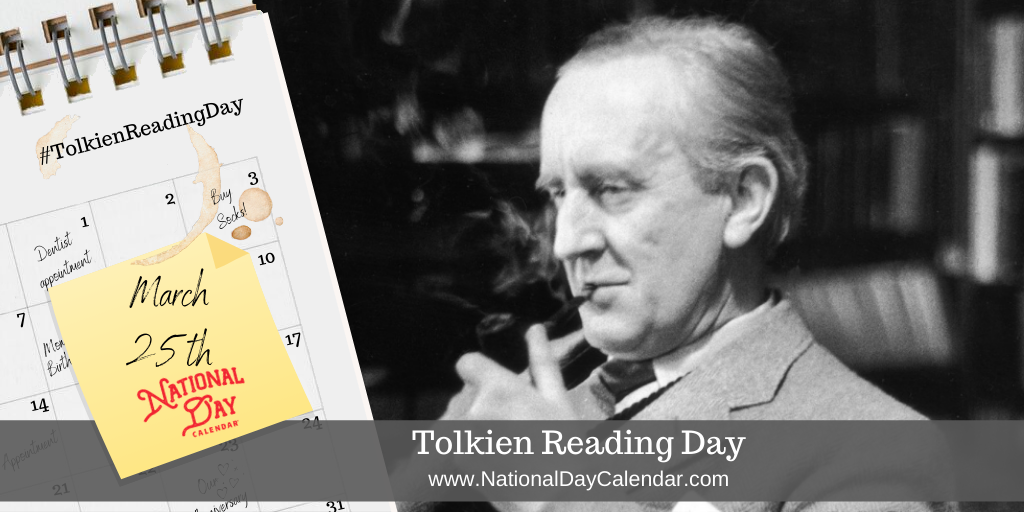 Celebrated around the world on March 25th, Tolkien Reading Day is a favorite among fans of the renowned author. J.R.R. Tolkien (Jan. 3, 1892 – Sept. 2, 1973) was an English writer, poet, philologist, and university professor. He was best known as the… Read more… In a large frying pan, heat oil over medium heat. Add garlic and onion and cook until union is soft (about 3 minutes). Add kale and spinach and cook until both are wilted (about 8-10 minutes). Remove from heat set aside to cool.

In large bowl, add cream cheese, mayonnaise and milk together and mix until smooth. Stir in carrots, salt, pepper and red pepper and mix well. Add Kale and spinach and mix until everything is equally distributed. Chill for at least 1 hour.