Each year, National Let’s Laugh Day on March 19th reminds us to add a little humor to our day. It’s never good to be serious all the time and letting the laughter bubble up from time to time is good for all of us! We have all heard the saying, “Laughter is the best medicine.” This is the day… Read more…

Our backyards have become our home away from home, our playgrounds, and an extension of our homes. On March 19th, we celebrate National Backyard Day and all the ways we’ve transformed the spaces and places we call our oasis. We celebrate our backyards. They’re not just a little patch of land with some… Read more… A great combination is celebrated each year on National Chocolate Caramel Day. On March 19th, enjoy chocolate and caramel in your favorite candy bar, ice cream, or dessert.  It will put a smile on most people’s faces! The combination also invokes some cravings for… Read more… 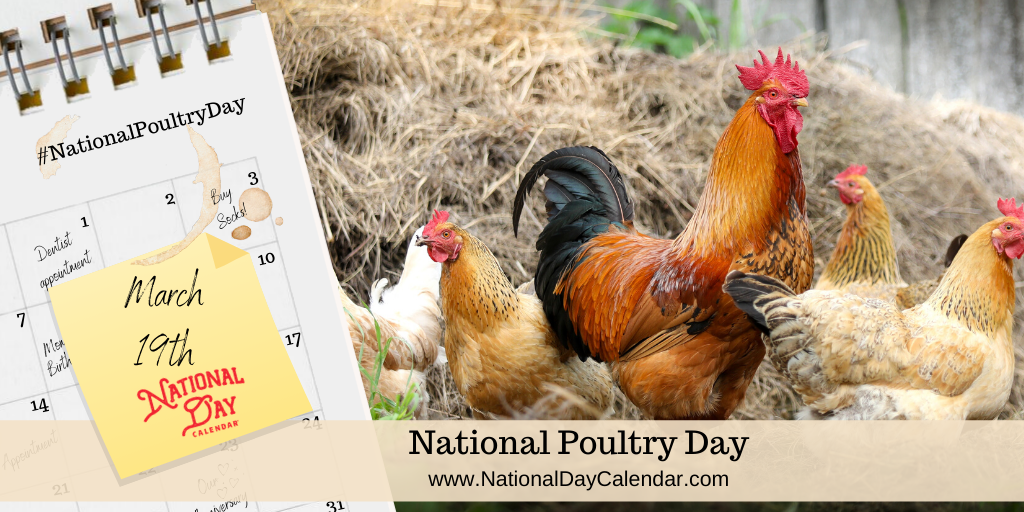 Poultry is the theme for March 19th as it is National Poultry Day. No fowl moods or ruffled feathers. However, there may be some quacking and gobbling going on. Kick the day off with eggs and turkey… Read more…

Snuggle up every National Quilting Day on the third Saturday in March. Around the country, special quilting shows, classes, open museums and much more celebrate the day. It also appreciates and recognizes quilt makers, along with all of their long labor, love, and skill that… Read more… In March every year, National Corn Dog Day gives sports fans, concert, and fairgoers another chance to dunk. The corn dog started out as a sausage or hot dog baked… Read more…

Combine brown sugar and cornstarch in a saucepan.

Bring to a boil and stir until thickened, about 3 minutes.

March 19th Celebrated (and Not So Celebrated) History

Nevada legalized gambling, setting the stage for “What happens in Vegas, stays in Vegas.”

Geraldine Mock departs from Columbus, Ohio in her single-engine Cessna 180 christened the “Spirit of Columbus” in an ambitious adventure. She earned the nickname the “Flying Housewife” and became the first woman to fly around the world solo when she returned to Columbus on April 17, 1964.

C-Span launches and begins broadcasting live from the U.S. House of Representatives.

March 19th Celebrated (and Not So Celebrated) Birthdays

The Scottish missionary and explorer took an expedition deep into south-central Africa. He explored the upper Zambezi River and discovered Victoria Falls. During his third expedition, Livingstone began a search for the source of the Nile. When no word from Livingston was received for many months, journalist Henry Morton Stanley set out to find him. On November 10, 1871, his search party arrived in the village Ujiji in Tanzania after an eight-month-long search for the explorer and spoke the now-famous phrase. “Mr. Livingstone, I presume?”

In a short six years, Wyatt Earp developed a legendary status when at the age of 26 he turned from outlaw to lawman in Wichita, Kansas. Just a few short years later, the gunfight at the OK Corral in Tombstone, Arizona, between Earp, his brothers, Doc Holliday, and the Clanton and McLaury created pulp western fodder.

The American-German visual artist is best known for his color square paintings and in 1971, his work became the subject of a solo exhibit at the Metropolitan Museum of Art in New York City, the first by a living artist.

Before being named Chief Justice of the United States Supreme Court in 1953, Earl Warren served many roles as an attorney. He began as deputy district attorney before being elected Attorney General of California.

Born Loretta Mary Aiken, the African American comedian earned the stage name “Moms” for her motherly and mentoring spirit. With one of the most successful stand-up acts headlining on stages such as the Cotton Club and the Apollo Theater, her routines rarely avoided edgy or crude topics.

The award-winning American actress best known for her role as Alex in the 1987 thriller Fatal Attraction began her acting career on stage. Close has been nominated for Best Actress or Best Supporting Actress eight times, the most recent for 2021’s Hillbilly Elegy. It remains to be seen if she will finally win.

One of the biggest debates in December on social media is whether or not Die Hard is a holiday movie. One thing we know for sure, it is a Bruce Willis movie. The American actor came to prominence in the 1980s on the television sitcom Moonlighting. Since then, he’s made numerous memorable films including The Sixth Sense, Pulp Fiction, 12 Monkeys, and Death Becomes Her.

The left-handed professional pitcher has played in 13 years in Major League Baseball for the Los Angeles Dodgers. In 2020, Kershaw and the Dodgers won the World Series Championship. It was Kershaw’s first and the Dodger’s first since 1988.