National Good Samaritan Day on March 13th recognizes the unselfish actions of those who provide help when needed. The day is also known as Good Samaritan Involvement Day and celebrates kindness in all its forms. The term “good Samaritan” comes from the Bible parable where… Read more… National Jewel Day on March 13th recognizes the makers and the jewelers who create the special pieces that take our breath away. The day also recognizes the precious and semi-precious stones that go into beautiful pieces of jewelry. Each year, the day reminds us to wear those pieces and…Read more… 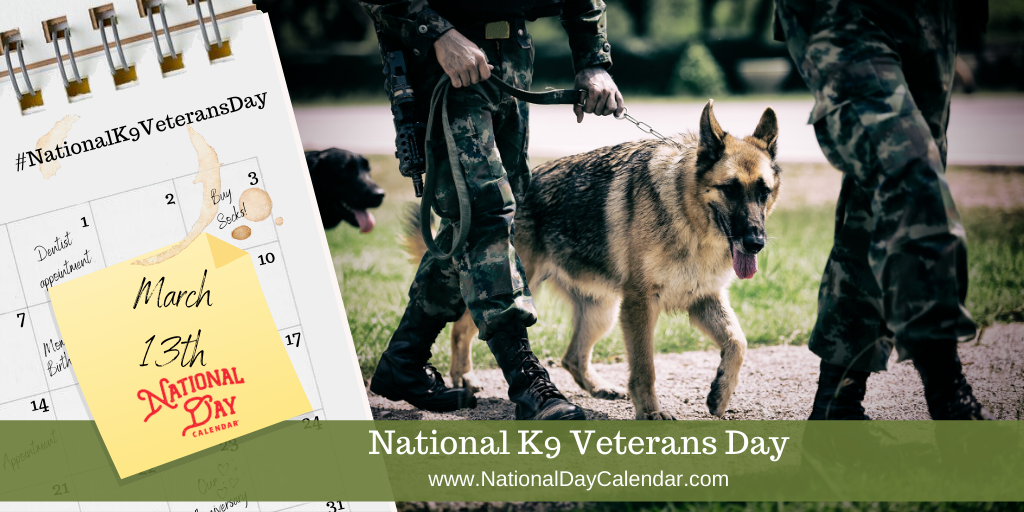 March 13th recognizes National K9 Veterans Day and the dedicated K9 units who’ve served since World War II. A lot of things changed after the bombing of Pearl Harbor in 1941. We… Read more… National Open an Umbrella Indoors Day on March 13th annually is a national science experiment of sorts. Open an umbrella indoors and pay attention to whether or not you suffer any bad luck. One often wonders how superstitions pass from one… Read more…

National Coconut Torte Day on March 13th recognizes a rich dessert featuring the decadent flavor of coconut and decorated with it, too! Coconut lovers may enjoy this holiday savoring the delicious taste of this rich dessert. The word torte is German and literally means cake. Torte refers to…Read more…

National Earmuff Day on March 13th recognizes the creation of the protection that keeps our ears warm. The annual celebration highlights the history of the fun and innovative invention each year. If you live in a cold climate like Chester Greenwood…Read more…

Cut vent slices into the top crust, brush on egg white over top, and place in oven.

Serve each slice with a scoop of vanilla ice cream, or whipped topping. Enjoy!

March 13th Celebrated (and Not So Celebrated) History

March 13th Celebrated (and Not So Celebrated) Birthdays

The fourteenth First Lady of the United States was the first of many teachers in the White House. When her husband Millard Fillmore took office after the death of President Zachary Taylor, First Lady Fillmore turned her attention to creating the first White House library.

In the 1920s and 30s, the adventurous Army officer developed skills as a high-altitude pilot, balloonist, and photographer. Among his many accomplishments, he took the first photographs that showed the Earth’s curvature and the Moon’s shadow on the Earth’s surface during an eclipse.

“I act as a sponge. I soak it up and squeeze it out in ink every two weeks.” ~ Janet Flanner
For 50 years, the American journalist served as one of The New Yorker magazine’s first writers. She began writing for the magazine under the pen name Genet as the magazine’s Paris correspondent.

The award-winning actor began his career in theatre. Today, Macy’s performances on both the small and big screens fill quite an array of characters. While his most memorable may be Frank Gallagher in Shameless and Jerry Lundegaard in Fargo, his Boogie Nights, Magnolia, and State and Main roles are also worth noting.