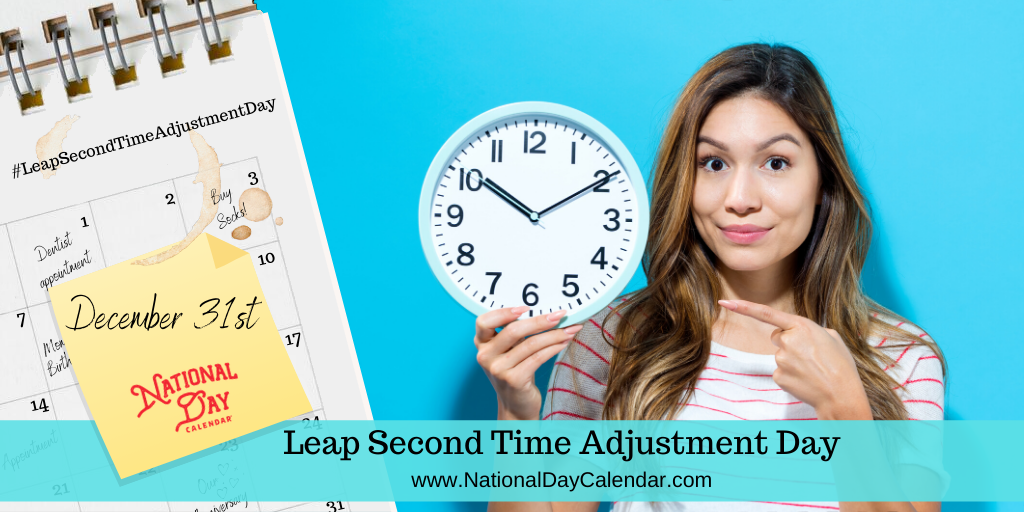 Leap Second Time Adjustment Day is listed as an observance title only. Some years scientists do not make adjustments. But, if they do, then it’s done on either June 30 or December 31.

The majority of the world measures time solely based on a 24 hour day in which each hour contains 60 minutes, and each minute contains 60 seconds. That measurement is much too simple for accurate time measurement.

Since about 140 AD, scientists have attempted to break down the hours in the day into a consistent and precise means of measure. Due to the variability of the Earth’s rotation, measurement of the 24 hour day is not an exact science. There is some dispute over the validity of leap second adjustments. Some years scientists do not make adjustments. But, if they do, then it’s done on either June 30 or December 31. Between 1972 and 2020, scientists have added 27 leap seconds. Another factor impacting the atomic clock is the fact that the Earth’s rotation is slowing, which means the length of our day is getting longer. In 2020, scientists determined that no leap second was needed.

Whether an adjustment is made or not, here are ways to celebrate: