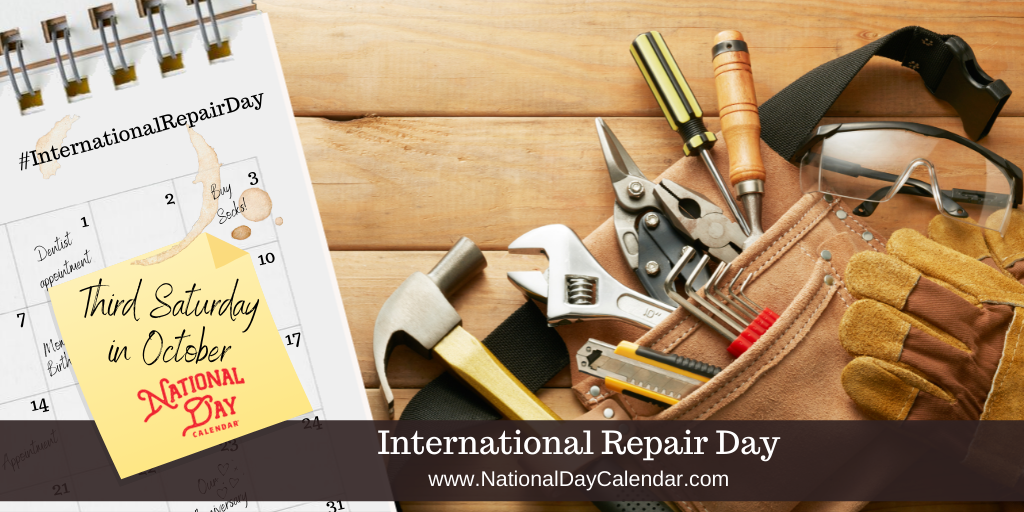 On the third Saturday in October, International Repair Day promotes the value and importance of repairing things. It’s also a day to evaluate things in your home that you can repair instead of throw away or replace.

There are many benefits to repairing something rather than replacing it. One is that you are doing your part to alleviate the global landfill crisis. Every year, people throughout the world produce 1.3 billion tons of landfill waste. This is projected to increase to 2.2 billion tons by 2025. All of this garbage in the landfills is not good for the environment. Overflowing landfills cause greenhouse gas pollution and groundwater pollution. When the waste is transferred from one location to another, it also causes carbon emissions. Transferring one ton of garbage 500 miles by train produces 115 pounds of carbon dioxide.

Besides helping the environment, you can also save money by repairing instead of replacing. In some instances, it is less expensive to repair an item than replace it. You can also save money by checking to see if the item is still under warranty. If this is the case, you may be able to get it repaired at no cost. One more reason to repair something instead of replacing it is that you want to keep your product. You know how to use it and you don’t want to have to relearn how to use a new one.

Here are a few items that you should consider repairing instead of replacing:

When you repair instead of replacing these kinds of items, you are doing your part to minimize landfill waste and protect the environment. You can also save money and enjoy the item for years to come.

Many repair organizations hold workshops, seminars, and conferences around the world. These events are aimed at educating the general public about the benefits of repairing rather than replacing. One way for you to participate is to check your home for things you were going to throw out that you can replace instead. You can also spread awareness for this day on social media with #InternationalRepairDay.