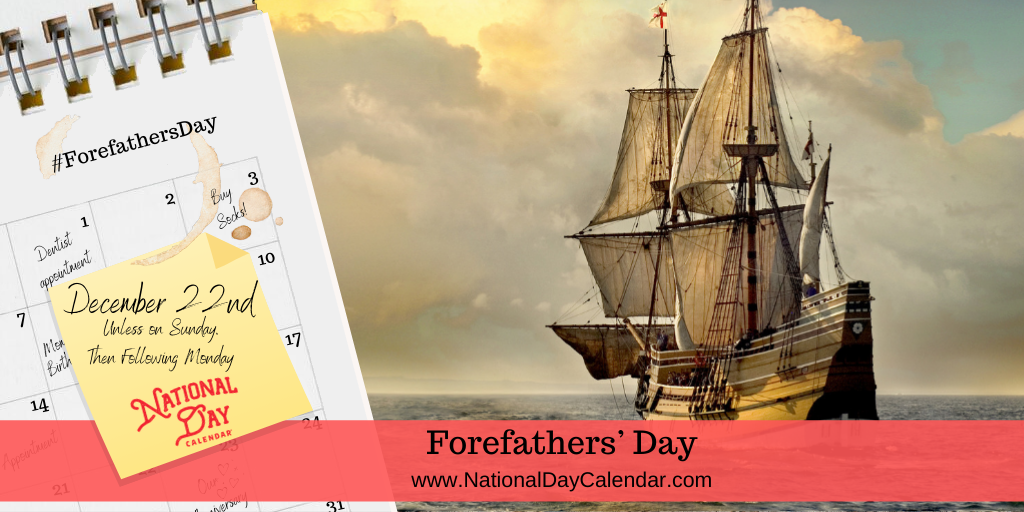 Carrying on the traditions established in 1769, the Old Colony Club recognizes the forefathers with several events. The celebration begins at 6:00 AM with a march by members to the top of Cole’s Hill next to Massasoit’s statue. Next, they read a proclamation honoring the forefathers, followed by a ritual firing of the club’s cannon.

The Old Colony Club and the Mayflower Society both include a succotash dinner as part of their celebration. Sauquetash was recorded as a part of the first celebration. Unlike later versions of succotash, in Plymouth, succotash is served as a broth containing large pieces of fowl and meat that are sliced at the table. And the Old Colony Club did not call the Forefathers “pilgrims” either. The name didn’t come along until much later.

Well into the 1800s from New England to Los Angeles, churches and other organizations celebrated the day with meals they called “New England” dinners. Speeches reflected on the lessons the years since the Plymouth settlers arrived. Others recounted their history.

Learn more about your forefathers. Find out about the pilgrims in your history and the history of the country. Discover the story behind the Mayflower and more. Use #ForefathersDay to post on social media.

While the day remembers the forefathers who helped establish colonies on the continent, there were many women who did their part, too. Discover some of their names and stories by reading 5 Foremothers Who Helped Shape The United States.

Descendants of the Mayflower formed the Old Colony Club and established Forefathers’ Day on December 22, 1769, “to honor the forefathers.” When adjusting the date to the Gregorian calendar, the anniversary of the landing was mistakenly calculated to be December 22nd instead of December 21st.

Two noted celebrations occurred 100 years apart. The first in 1820 when the Pilgrim Society held its first celebration at First Parish Church. Daniel Webster spoke movingly about the pilgrims. It was Webster’s moving speech that put Plymouth Rock into the patriotic spotlight. On Forefathers’ Day that year, he made it a landmark like had never been before.

The largest Forefathers’ Day celebration took place in 1920 when President Woodrow Wilson proclaimed the day as Pilgrims’ Day on December 21st, reflecting the more accepted conversion to the Gregorian calendar.