If you’re tired on February 28th, it might be because National Public Sleeping Day encourages a mid-day nap right where you are.  It is a day for anyone and everyone to take a nap on a blanket at the beach, at the park, in the movie theater, on a bus, train, or subway or any other public place that may work for you.  However, it…Read more… 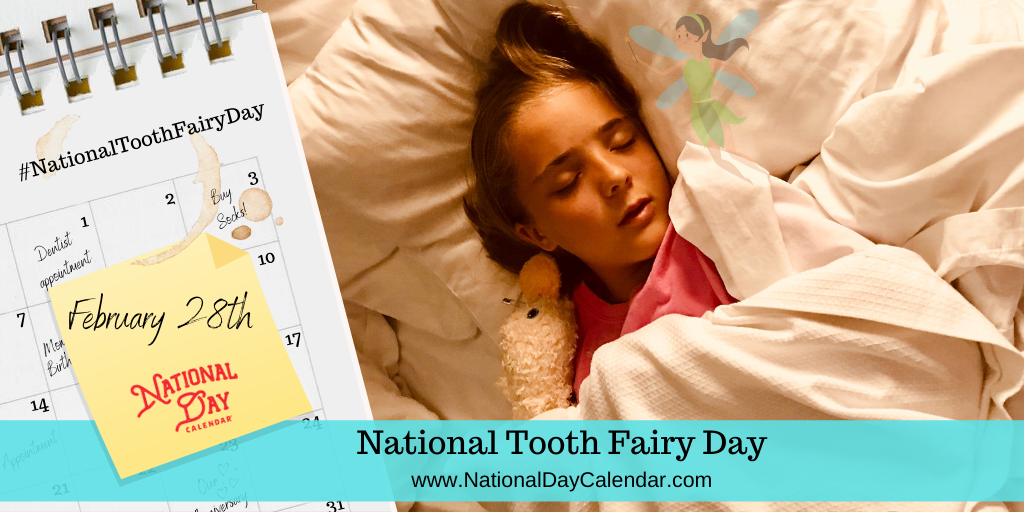 February 28th, National Tooth Fairy Day, encourages us to take a look back on the history of one of dental care’s little helpers. It’s one way our children develop good dental hygiene. Like some of the fantastic creations who oversee… Read more…

National Chocolate Soufflé Day celebrates a delightfully delicious dessert on February 28th each year. The word soufflé is the past participle of the… Read more…

National Floral Design Day on February 28th recognizes the art and history of floral design. For thousands of years, floral design has been an important cultural art form. This is the day we celebrate that art form. It may be in a bouquet, painting… Read more…

Each year on the last day in February, Rare Disease Day brings awareness and education about rare diseases and the suffering they cause. A rare disease is defined differently in different parts of the world. In Europe, a rare… Read more…

Nancy Shaw – Nancy says, “My French mother used to take the time to brown the veggies first in olive oil in a pan, transfer to a Dutch oven and cook in on the stovetop. This is my version. You will have no leftovers, no matter how much you make and your kids will fight over the last bite. Bon appetite!” Thank you for sharing with us!

February 28th Celebrated (and Not So Celebrated) History

Baltimore, Maryland merchants chartered the Baltimore and Ohio Railroad, the first railroad in America to offer commercial service to both people and freight. They hoped to better compete with New York for trade from the west.

Dr. Wallace Carothers develops the synthetic polymer nylon. The chemist developed the material while working for DuPont, and its invention led to many applications including toothbrush bristles, women’s stockings, cord, fabrics, furniture, and more.

The University of Pittsburgh squares off against Fordham University at Madison Square Garden in the first televised basketball game. NBC broadcast the hoops event with Pittsburgh winning 57-37.

Paul Simon takes home two wins at the 18th annual Grammy Awards. Still Crazy After All These Years won Album of the Year and Best Pop Vocal Performance. Andy Williams hosted. Other winners included Natalie Cole won Vest R&B Vocal Performance for “This Will Be” and Stephen Sondheim took home Song of the Year for “Send in the Clowns” from the Broadway hit A Little Night Music.

The beloved television show M*A*S*H airs its final episode. A record 106 million viewers tune and the show still holds the record for a season finale viewership.

February 28th Celebrated (and Not So Celebrated) Birthdays

The political cartoonist is better known for his illustrations for Lewis Carroll’s fantasy novels Alice’s Adventures in Wonderland and Through the Looking Glass.

The historian and author of numerous books is better known for his work Bury My Heart At Wounded Knee.

The American film and stage director is known for directing classic musicals, including Meet Me in St. Louis and The Band Wagon. He won Academy Awards for An American in Paris and Gigi.

The 10-time Tony-winning actor, dancing, director, and choreographer is known for his Broadway productions. From Seesaw to A Joyful Noise and Grand Hotel, his performances and productions are always stellar.

For 36 years, the Italian-born American racing driver kept the heat on stock cars, U.S. championships, and Formula One racers. He drove them all.

The award-winning actress graced both stage and screen, sharing her humor and musical talents. Peters keeps us in stitches in The Jerk and plays a memorable Annie Oakley in Annie Get Your Gun.

The immensely talented dramatic actress, Mercedes Ruehl, has earned several awards for her performances on both stage and screen. Her role as Anne in The Fisher King earned her an Academy Award for Best Supporting Actress. Ruehl earned a Tony for her role as Bella in the Neil Simon drama Lost In Yonkers. She revived the role for the 1993 opposite Richard Dreyfus.

Do you ever wonder where people learn all about those daily popular National Days? Well, this is the place to look for July 30, 2022.
By Doug  July 29, 2022
Next