Anosmia Awareness Day on February 27th brings attention to a condition causing a loss of smell. Of all our senses, smell perhaps is taken for granted more than any other.

There are many causes of Anosmia. The most common reasons are due to upper respiratory or sinus/nasal infections or diseases. We’ve all experienced a cold or allergy that’s temporarily prevented us from smelling.

However, other conditions cause a permanent or long term loss of the sense. When anosmia symptoms are prolonged or life long, many anosmics do not get to enjoy the flavor of foods, the scent of an infant or use their sense of smell as an early warning system for danger.

Our olfactory sense has a powerful effect on memories and emotions. When we lose this sense, the impact is terrific. Anosmia Awareness Day provides an opportunity to learn more about the condition and where to go for support.

To learn more about anosmia and how to find treatment, visit anosmiaawareness.org. There are resources across the country. Share your experiences and use #AnosmiaAwarenessDay to share on social media.

Daniel Schein founded Anosmia Awareness Day in 2012 to provide improved educational opportunities and support to those with olfactory conditions.

On February 27, National Retro Day takes us back to a time before smartphones and the internet.

Every generation looks back and asks, “Remember when?” This celebration indulges our love for the good ol’ days while remaining in the present.

No matter the decade, pick a point in time where people talked more face to face than text to text, had dinner at home around the table and the kids played games that didn’t require internet.

What’s your retro? On National Retro Day, swoop the hair into a mile-high beehive or strut those eight-inch bell bottoms. Can you maximize the curls for a stellar Afro? Don’t hesitate to break out the old roller skates and see if you still have those mad skills. Tie the hair up with a polka dot bandana and strike muscle pose like Rosie the Riveter. Maybe you prefer a moonwalk, a leather jacket, and a single glove.

With no smartphones, internet, and social media, we spent more time focused on each other when we were together. Each moment recorded in memory for us to look back retrospectively and not for the whole world to see.

Whatever your retro is, wear it, drive it, play it on Retro Day. What’s your retro? Let us know by using #NationalRetroDay on social media.

Hermelinda A. Aguilar and Robert and Tina Duran founded National Retro Day to take a look back at how life was before social media, the internet and smartphones became a necessity of our daily lives.

Would you believe National Toast Day honoring the humble slice is on the Last Thursday in February? But it is so very versatile. It carries a multitude of jams, jellies, marmalades and fruit compotes. We don’t stop there. Toast transports proteins and veggies, sprouts and soaks up sauces and drippings.

Perhaps we have overlooked the necessity of toast, and it shall have its due. We’re able to toast it to a variety of shades pleasing everyone. Whether we lightly toast it or char it to a dark crisp, it serves as a perfect medium for building breakfast or sandwiches. It accepts seasoning quite well, too. Add butter, gee, avocado or honey. It doesn’t matter your preference. Cinnamon and sugar? Well, it might depend on your mood.

Raise a toast to your toast.  Be it burnt to a crisp or golden brown, honor your toast. Use #NationalToastDay to share on social media.

National Toast Day was started in 2014 by The Tiptree World Bread Awards to celebrate toast and all the breads we make it with. While the organization is in the UK, the day has found a following in the United States.

Polar bears can reach a height of 9 ft tall and a weight of 1400 pounds.  They have large front paws, which are slightly webbed, that are used to paddle as they swim.  As they are powerful swimmers, some polar bears have been seen swimming hundreds of miles from land. However, some of the distance may have been covered by floating on sheets of ice.

The polar bears have a warming layer of fat which is covered by their thick coat of insulating fur which helps them live in the colder environments.

Some organizations use this day to raise awareness of the declining number of polar bears worldwide. It is believed by many that these beautiful creatures are threatened due to global warming and the consequential loss of their natural habitat.  Groups around the world gather together to find ways to make a difference and spread information to others.

Learn more about the polar bear, its environment and how it lives. Use #NationalPolarBearDay to post on social media.

Polar Bear Day has been recognized since at least 2011, and founding credit has been given to Polar Bears International which sponsors educational challenges annually.

We continue with February’s heart-shaped and red theme by observing National Strawberry Day on February 27th. These juicy, sweet berries can brighten up any dish and are delicious all on their own.

There are a few different stories behind the origin of the name. The more widely accepted version is that the berries would drop off the leaves and become “strewn” about the plant. Overtime “strewn-berries” became “strawberries”. There was a time (and some gardeners still do this today) when strawberry beds were mulched with straw, insulating the plants over the winter, keeping weeds at bay during the growing season and making them easier to harvest. Another sweet story tells of English children stringing the berries on grass straws and selling the “straw berries” in their neighborhoods.

Not only are they delicious, but they are also fragrant. One of the more aromatic fruits, they belong to the rose family.

Strawberries are grown in nearly every corner of the Earth (if the Earth had corners) except for her most frozen southern and northern reaches. Along with all these possible locations, there are over 600 varieties of strawberries as well.

An excellent source of Vitamin C, strawberries are also a good source of folic acid, potassium and fiber. At 55 calories and zero fat in 1 cup, these sweet things hit the spot when a snack time is calling!

While the best season for strawberries is from late April to August, now might be a good time to scout out strawberry festivals and pick-your-own farms or plan to plant your own strawberry patch. Imagine sitting in your very own patch eating sun-warmed, sweet berries you picked or even grew yourself under clear blue skies.

You may want to have a fresh bowl of strawberries now, or maybe give one of the following recipes a try:

While we continue to research the origins of this national food holiday, one resource shows the day has been celebrated by the grocery industry since at least 2013. And it’s showing no signs of stopping, either.

National Kahlúa Day on February 27th recognizes the rich, cream coffee liqueur that also serves up a great many delicious desserts! This alcoholic beverage adds to cocktails and adult flavored desserts equally well. To celebrate, you may want to use Kahlua, a coffee-flavored rum-based liquor, to flavor your ice cream or another dessert such as cheesecake or cake.  It also tastes great in coffee, hot chocolate, creamy cocktails, as a shot or on the rocks.

Pedro Domecq began producing Kahlúa in 1936. In 1994, the company merged with Allied Lyons forming Allied Domecq. In 2005, Allied Domecq was partially acquired by Pernod Ricard which merged with the Swedish Vin & Sprit (V & S Group) in March of 2008.

Kahlúa is made from coffee and rum, so it does contain caffeine.  Kahlúa is found to be used in a few notable cocktails, including the following:

The day can be celebrated by baking with Kahlúa flavor. Kahlúa lends a delicious and rich flavor to desserts of all kinds. It elevates cakes, mousse and so much more. If you like chocolate, that’s an excellent place to start. Celebrate with a taste of Kahlúa cook-off or just try one of these recipes below.

Of course, you could serve up a beverage or two, as well. (Remember always drink responsibly and never drink and drive) and use #NationalKahluaDay to post on social media.

Cover with aluminum foil & bake for 90 minutes or until heated through, soft and tender.

Once ham is heated through brush the glaze over the top to cover completely. 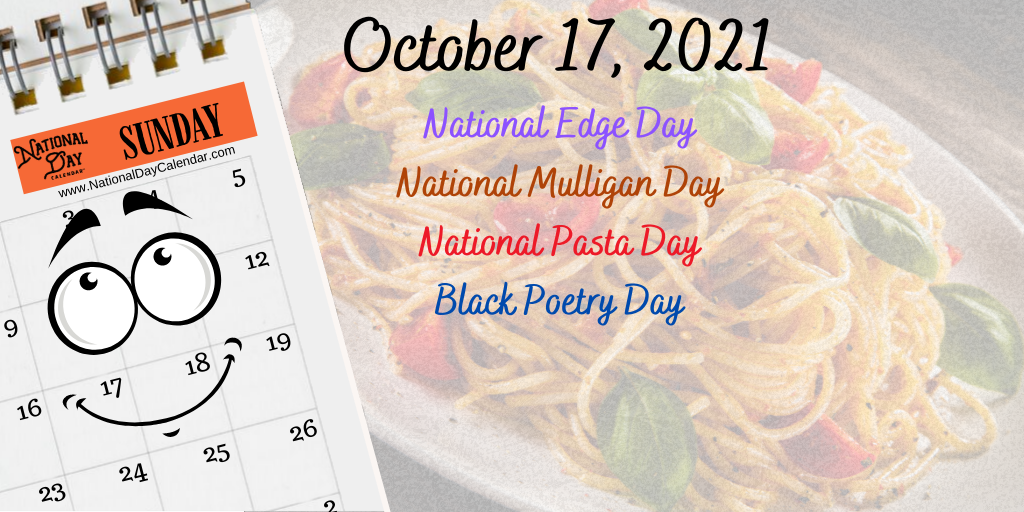