On February 23rd, National Tile Day recognizes a timeless element of architecture and design. Around the world, tile plays a variety of roles. From the modest to the sublime, tile proves to be versatile and attractive. Historically, only the wealthy could afford tile… Read more… 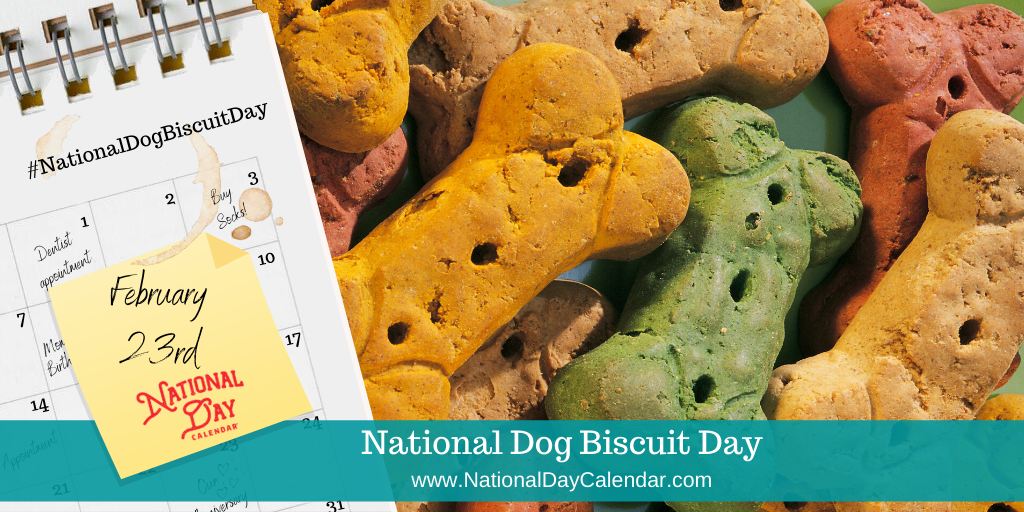 All dog owners, remember that February 23rd is National Dog Biscuit Day! This day is also observed around the world as International Dog Biscuit Appreciation Day. Dog biscuits come in a variety of sizes, shapes, and flavors. They serve to… Read more…

In a stockpot over medium-high heat, melt butter and add jalapeno and onions. Cook until onions are translucent and tender, about 3-4 minutes. Add garlic. Cook until fragrant, about 1 minute. Stir in bacon and cook through. Add tomatoes, chicken stock, cilantro, paprika, chili powder, and cumin. Bring to a simmer and reduce heat to medium. Add cream cheese and stir until melted and well incorporated. Slowly add cream and 1 cup cheddar cheese. Stir until cheese is melted.

Season to taste with salt and pepper. Ladle into bowls and garnish with remaining cheddar cheese and sweet corn, bacon crumbles, fresh cilantro, or chives.

February 23rd Celebrated (and Not So Celebrated) History

In the United States, service organizations have been providing communities with volunteer support for generations. These are the people who organize pancake breakfasts to raise money for those in need. They rise early in the morning or start days ahead to make sure holiday parades go off without a hitch. Each year, their planning and fundraising mean children in need get the items they need when school starts. The very first organization of its kind started when four businessmen met on this day in 1905. Paul P. Harris, Gustavus Loehr, Silvester Schiele, and Hiram E. Shorey met for lunch and established the Rotary Club in downtown Chicago, Illinois. Initially, their goal was to exchange ideas, but it grew into something larger than themselves. Soon, they began to serve and improve their communities.

It may have been a “Great Scott!” moment when chemists Dr. Glenn Seaborg, Arthur C. Wahl, and Joseph W. Kennedy first isolated and produced plutonium-94. However, Seaborg also discovered several other elements, including americium, berkelium, and californium. We’re sure Dr. Emmett Brown would have appreciated an element named deloreanium.

Every summer during the 1940s and into the 1950s, parents worried about their children contracting a disease that caused muscle pain and weakness, extreme fatigue, headaches, paralysis, breathing problems, and even death. Polio peaked in the summertime and those who survived the worst of the disease required treatment in iron lungs or lived with life-long disabilities. But then two vaccines came along. Dr. Jonas Salk developed the first vaccine, and inoculation using inactive poliovirus. The second developed by Albert Sabin was an oral vaccine and used a weakened version of the virus.

On this day in 1954, the first group of children received Salk’s vaccine in Pittsburgh, Pennsylvania beginning the downward decline of the virus and ultimate elimination of it in the United States.

What do E.T., Supernatural, “Billie Jean,” “Maria Maria” and the years 1983 and 2000 have in common? They all belong to two phenomenal music artists who poured all their immense ability into collaborating on tremendously ambitious projects and reaped the big rewards. In 1983, Michael Jackson brought home a record 8 Grammy Awards, most of them from his album, Thriller. On this day in 2000, Carlos Santana repeated the feat by bringing home 8 Grammys from his album Supernatural. Santana and Rob Thomas collaborated on the song Smooth which earned them both Record of the Year and Best Pop Collaboration with Vocals. Thomas was awarded a third Grammy for Smooth – Song of the Year.

February 23rd Celebrated (and Not So Celebrated) Birthdays

Don’t blame William Horlick if you ever get into a mess while traveling in the United Kingdom and someone says to you, “You’ve made a mighty Horlicks of it, haven’t you?” It doesn’t have anything to do with Mr. Horlick, not really. Though he did develop a tasty malted powder and give it his name. The brand we’re familiar within the United States is called Ovaltine, but there are others. But again, Mr. Horlicks didn’t make a Horlicks of anything, so don’t blame him.

His hotels and restaurants inspired songwriters and chefs to grand creations. Irving Berlin crooned about top hats and Gary Cooper while his famed chef Auguste Escoffier wowed diners around the world. Ritz’s most famous hotels were located in Paris and London.

The first African American to earn a Ph.D. from Harvard University became an advocate for equal rights and co-founded the National Association for the Advancement of Colored People.

Tomorrow may be another day, but February 23rd is Victor Fleming’s birthday. The Academy Award-winning director is best known for the musicals The Wizard of Oz and Gone with the Wind.

Do you ever wonder where people learn all about those daily popular National Days? Well, this is the place to look for November 21, 2022.
By Doug  November 20, 2022
Next