Prohibition grew out a practice of moderation rooted in the Protestant churches in America. By the 1830s, consumption of alcohol, especially hard spirits, was affecting the nation. Most participants were male. Those who supported who joined the Temperance movement saw alcohol as the root of all evil. The movement took hold at a time when women had few rights, and the country was debating slavery. Ethics and mores were changing. The Temperance movement shifted the view on alcohol use from moderation to eradication.

The following decades would see organizations such as the Prohibition Party, Women’s Christian Temperance Union, and Anti-Saloon League formed. By 1838, Tennessee would pass the first legislation prohibiting the sale of alcohol. Some new states would enter the union as dry states. In 1919, the 18th Amendment was ratified, banning the production, transportation, and sale of alcoholic beverages. However, the legislation did not prohibit the consumption of such drinks.

The Amendment went into effect in 1920, and numerous businesses closed. Beyond the loss of brewers and bars, governments lost tax revenues. Additionally, the cost of enforcing prohibition was expensive. Those determined to produce, transport, and sell alcohol created a black market that crisscrossed the nation. Their illicit methods became notorious and the stuff of legend. In 1929, the stock market crashed.

During the years of Prohibition, use of the term “gangster” increased. The term “moonshine” reached its peak usage.

Prohibition’s “great experiment” was a significant failure. The term “bootlegger” would reach its peak usage as Prohibition neared the end of its lifespan. Congress proposed the 21st Amendment to the Constitution on February 20, 1933. The amendment repealed the 18th Amendment and was ratified on December 5 that year.

Learn more about the history of the 18th and 21st Amendments. Drink your favorite cocktail. Try a new cocktail. Visit a speakeasy reminiscent of days gone by. While you do, be sure to invite friends to join you.

As always, drink responsibly. Never drink and drive. Use #NationalRepealDay to share on social media.

The day Prohibition ended has been celebrated since 1933. Newspapers across the country reported repeal celebrations. Al Capone was even reported as praising the end of prohibition from his prison cell. Some areas postponed celebrations until the 6th, but distilleries geared up, ready for production.

In the last couple of generations, fascination with the Prohibition years, styles, and history has grown. Celebrating the 21st Amendment has increased.

International Ninja Day recognizes the fascination associated with the history and pop culture of the ninja.

Ninjas first appeared around the year 600. Historically, they served samurai warriors. They spied on or assassinated an enemy. While some sources suggest they were fallen samurai, most point to the common man – and woman. They walked among the farmers and servants of everyday life.

However, the skills of a ninja were passed down from generation to generation. If a father were a ninja, then he would likely train his son or daughter to be one, too.

In Japan, museums focus on ninja history and lifestyle.

Novels and films have brought the way of the ninja to the mainstream. From Japanese action films to animated turtles, ninja movies covered the spectrum. Spy novels, comic books, and series captured the imaginations of every age. Their mystery fed storylines across genres until ninja became a genre all its own.

Celebrate the day by learning more about ninjas. Read about their history or watch a ninja documentary. Try to move as quietly and as quickly as a ninja. Share your ninja tricks and secrets with someone. Learn a martial art.

Ninja Burger created International Ninja Day n 2003 as a way to celebrate the Ninja speed with which their burgers are delivered.

Sacher Torte Day encourages us to enjoy our cake on December 5th. Actually, enjoy a torte and you will be enjoying a type of cake.

Sacher Torte, also known as Sachertorte, is a unique type of chocolate cake. Austrian, Franz Sacher, invented it in 1832. Vienna considers the Sachertorte one of their most famous culinary specialties.

At the age of 16, Franz Sacher was only an apprentice to the chef when Prince Wenzel Von Metternich ordered a special dessert from the kitchen for his guests. With the chef ill, Sacher stepped in for his superior and created what is known worldwide as the Sacher Torte.

His son, Eduard, went on to perfect this decadent dessert. The Sacher Torte is created with apricot jam between layers of rich, chocolate sponge cake and topped with a layer of chocolate icing.

The original recipe is a secret protected today and served exclusively by the Sacher Hotels in Vienna and Salzburg.

There a variety of tortes to make. Some tortes only have a couple of layers. However, others stack up thin, beautiful layers full of rich flavor.

Do you have a version of this specialty cake? Share it with us using #NationalSacherTorteDay to post on social media.

Bathtub Party Day encourages us all to skip the ordinary shower and linger in the tub instead. On December 5th, add some suds to the tub and pamper yourself.

Gather your favorite bath bomb, a good book and a glass of Moscato and let the worries of the day fade away while you relax in the tub. Use #BathtubPartyDay to post on social media. And be sure to use soap behind those ears of yours too! 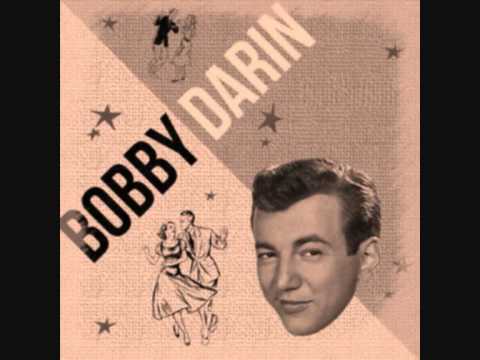 Thomas and Ruth Roy at Wellcat created this National Day.

In a food processor, blend peeled tomatoes and garlic.

Ladle into soup bowls and garnish with remaining vegetables.

Serve with crusty bread, such as a baguette.