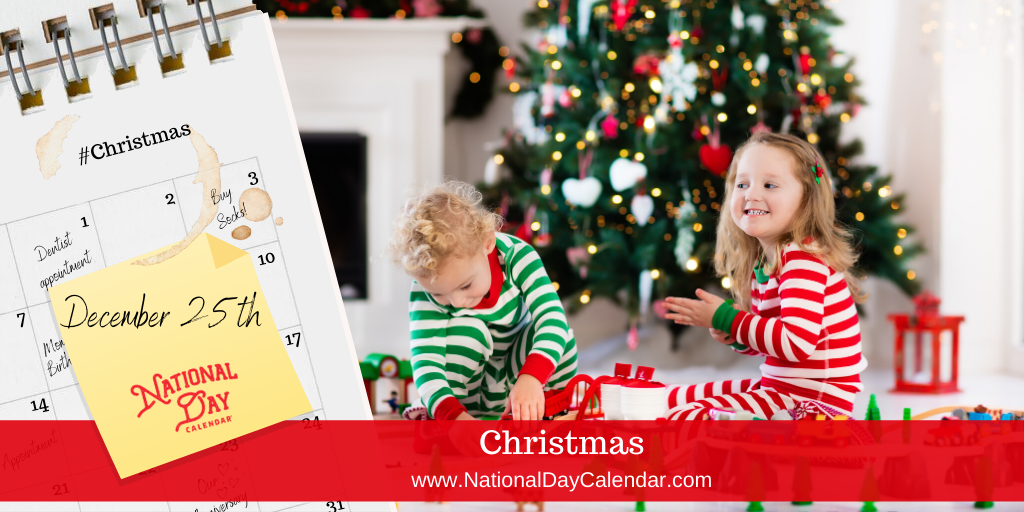 Every year on December 25th, over 2 billion people around the world celebrate Christmas Day. Traditionally, Christmas is a celebration of the birth of Jesus Christ. Nonreligious people and those of different faiths celebrate the day as a cultural event. Also known as Christmas Day, this holiday is derived from the Old English… Read more… A’Phabet Day or No “L” Day on December 25th brings a pun to Christmas Day. The play on words is a pun on the word Noël, which is especially notable during Christmas because it means “to be born.” Many deride the pun. Others celebrate it. This day is for the… Read more… 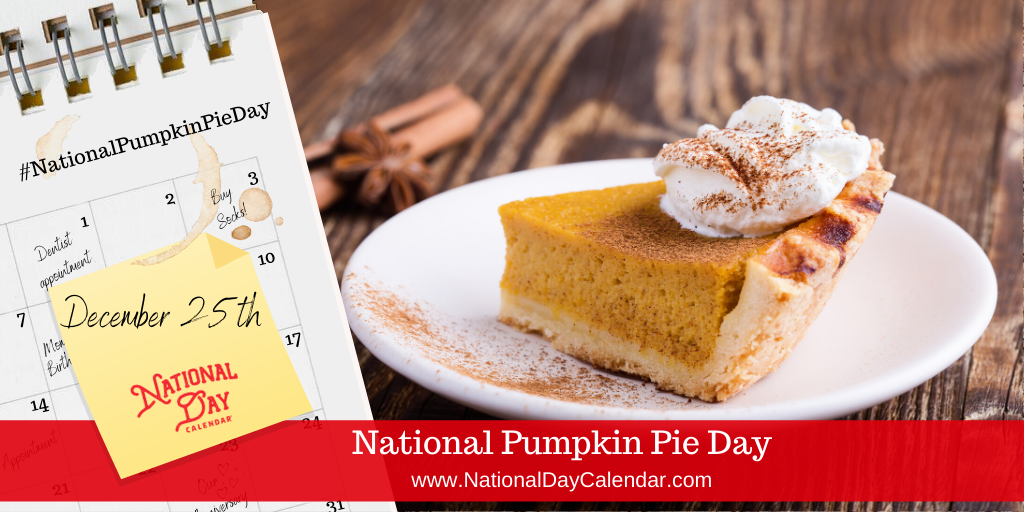 On December 25th, National Pumpkin Pie Day dishes up the slice many Americans are looking for around the dinner table. As they enjoy time with family or friends, they also take the opportunity to honor the ever-humble and often favored pumpkin pie. Often eaten during the fall and winter months and invited… Read more… Over medium heat in a large saucepan or Dutch oven, drizzle olive oil and add onions. Cook until translucent. Add bacon and fry until crisp.

Add potatoes, celery, flour and chives. Pour in broth. Bring to a simmer and cook until potatoes are tender.** Add cream and cheese, warming through. Serve hot.

desserted: when one waits too long to get dessert and all the pie, cake, and puddings are gone.

Scott felt anticippointment when he saw the dessert table was desserted.

December 25th Celebrated (And Not So Celebrated) History

Johann Georg Palitzsch sights Halley’s comet. His sighting confirms Edmund Halley’s prediction of the comet’s passage and it is the first comet to return as predicted.

The first regularly scheduled steam locomotive passenger train in the United States made its first run. Named the Best Friend of Charleston, it covered six miles that Christmas Day, connecting 141 passengers to and from State and Dorchester Roads and Sans-Souci in Charleston, South Carolina.

December 25th Celebrated (And Not So Celebrated) Birthdays

On May 21, 1881, the Union Civil War nurse founded the American Red Cross. While traveling in Europe following the Civil War, Barton learned about the International Red Cross. Her knowledge during the Civil War motivated her to bring the benefits of the Red Cross to the United States.

Hilton started building his hotel empire when he bought the Mobley Hotel in Cisco, Texas in 1919. From there, he survived the Great Depression and grew the corporation into an international company.

During the 1930s, jazz singer and bandleader Cab Calloway rose to popularity at the Harlem Cotton Club. He also became known for his song “Minnie the Moocher” and stage performances.

In 1959, the American television and producer introduced his best-known series, The Twilight Zone.