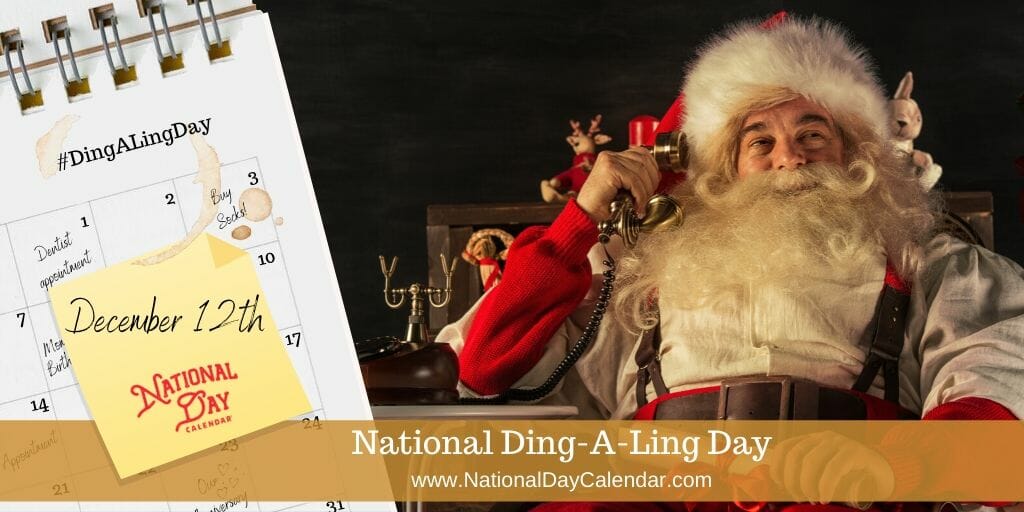 National Ding-a-Ling Day on December 12th encourages us to reconnect with people we once talked to often. Read more… 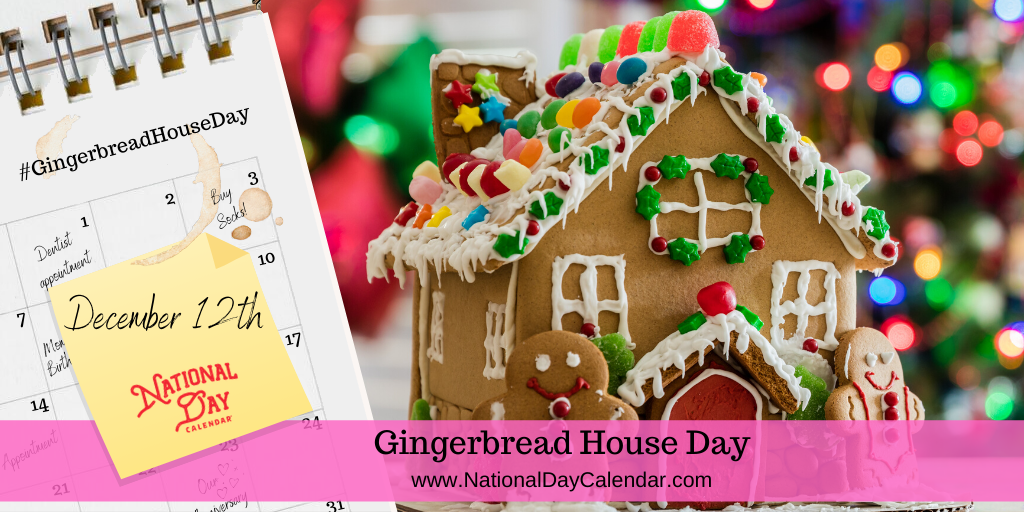 Gingerbread House Day on December 12th recognizes a family tradition for many around the country. Read more… 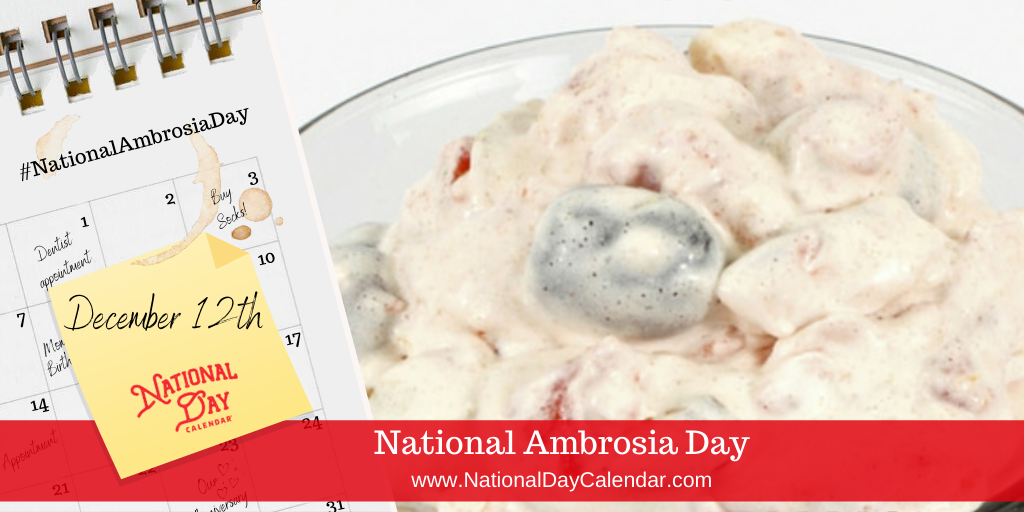 Right in the middle of the holiday season, National Ambrosia Day brings a refreshing salad to the celebration table. On December 12th, bring ambrosia to your holiday dinner or celebration and go home with an empty bowl. Read more… Each year on the 12th of December, people across the United States celebrate one of the most recognizable plants of the holidays on National Poinsettia Day. Read more… In a medium saucepan, mix cocoa, 1 teaspoon cinnamon, vanilla and caramel sauce until all the ingredients are well combined.

Gradually add milk and the half and half, whisking to a smooth texture.

Heat mixture on medium heat for 6-8 minutes. Occasionally stir and scrape sides of the pan. Once the mixture begins to steam, remove from heat. (Do not bring to a boil!)

In a small saucer, mix remaining cinnamon and sugar. Run a bead of caramel sauce along the rim of five mugs. Dip each one into the cinnamon sugar mixture. Divide cocoa mixture between the five mugs.

Top with whipped cream and dust with remaining cinnamon sugar.

Advertisement
December 12th Celebrated (And Not So Celebrated) History

George F. Grant, the second African American to earn a dental degree, also gained a love of golf. As a dentist, he also had to be inventive. His inventiveness carried to his love of golf, and in 1899, Grant obtained patent No. 638,920 for wooden golf tee dated December 12, 1899.

The inventor Guglielmo Marconi sent the first transatlantic radio signal to Percy Wright Paige. Marconi transmitted the Morse code for the letter S and sent from Poldhu in Cornwall, England, to Page in St. John’s, Newfoundland.

On the anniversary of Marconi’s first transatlantic radio signal, the U.S. military launched the first privately built satellite into orbit around the Earth. OSCAR1 – short for Orbiting Satellite Carrying Amateur Radio – hitched a ride aboard a Discoverer satellite that was launched into orbit by a U.S. military Thor-Agena rocket. The payload orbited the Earth for 22 days sending the message “Hi” by Morse code to approximately 300,000 amateur radio operators tracking OSCAR1.

Advertisement
December 12th Celebrated (And Not So Celebrated) Birthdays

In 1850, the American businessman established the American Express Company. Soon after, he also helped to establish Wells, Fargo & Company. He was also an advocate of higher education for women and due to his personal struggles with stuttering, opened schools with a focus on curing the affliction.

The expressionist painter is known for his dark and evocative art. One of his most recognized works of art, The Scream, is on display at National Museum in Oslo. Munch painted The Scream in 1893. He also created a lithograph of the piece which The Munch Museum holds.

One of the most influential big band singers of the 1940s and 1950s, Frank Sinatra crooned his way into the limelight. A member of the Rat Pack, he not only dazzled on stage, but he was also equally at home on the big screen.

The physicist is one of the scientists who made significant contributions to the establishment of Silicon Valley. In 1957, he and 7 other engineers founded Fairchild Semiconductor Corporation. There he developed one of the first integrated circuits. In 1968, he co-founded Intel Corporation and the company released the first microprocessor in 1971.

The Abstract Expressionist painter is credited with developing a direct to raw canvas staining technique.

The classically trained pianist discovered a love of jazz at a young age. During her six-decade career, Toshiko received 14 Grammy nominations and is the first Japanese musician to receive the NEA Jazz Master Award.

The pop singer rose to fame in the 1970s with songs like “Walk on By” and “I Say a Little Prayer.”