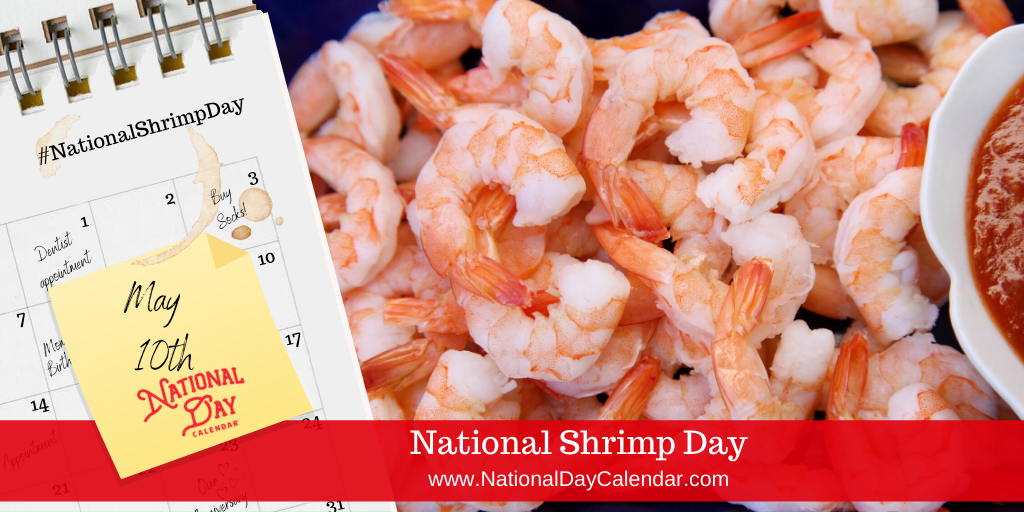 Each year on May 10th, National Shrimp Day recognizes America’s favorite seafood. Americans eat more shrimp than any other seafood, and this is the day to celebrate this delicious seafood.

Preparing the shrimp for consumption usually involves removing the head, shell, tail, and “sand vein.” There are many ways to cook shrimp. Standard methods of preparation include baking, boiling, broiling, sauteing, frying, and grilling. Cooking time is delicate for shrimp, and they are at their best when not overcooked.

A healthy food, shrimp, is low in calories and high in omega-3, calcium, iodine, and protein levels.  Shrimp is also known to be considered good for the circulatory system.

Shrimp and other shellfish are among the most common food allergens.

National Day Calendar continues researching the origins of this seafood holiday. No matter how we celebrate, though, we won’t skimp on the shrimp!