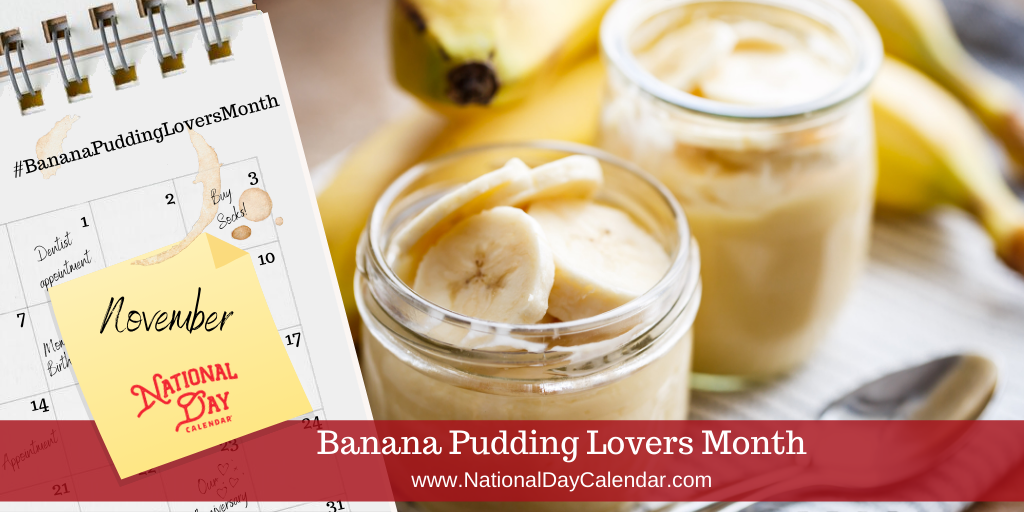 Whether you make the pudding from scratch or use instant, banana pudding with fresh bananas and vanilla wafers hits the spot. No matter your age, this snack makes a rough day better. The creamy goodness says tomorrow will be better.

It might surprise you to know that banana pudding has been around for more than 100 year years. When the Civil War ended, the tropical fruit became more readily available and along with it, recipes for banana pudding. Long before the vanilla wafer and instant pudding trifles we enjoyed after school, homemakers made a custard-like pudding. They sweetened it with sugar and added cinnamon or nutmeg. Whether they baked the custard or not, there were a variety of ways to serve it.

Eventually, the small, tasty vanilla wafers came along and paired so well with the pudding. Taking a page from the home cooks’ recipe cards, Nabisco added their own recipe to the back of their box. In 1936, Jell-O began producing instant pudding. While their line-up didn’t include a banana flavor, that didn’t stop cooks from using the vanilla flavor for their banana puddings. It would take another 28 years before banana cream made an appearance on grocers’ shelves.

It’s an entire month of banana pudding loving, so you will need to break the mold on banana pudding. We offer some suggestions and some recipes to help you celebrate the month.

Make your favorite banana pudding recipe and use #BananaPuddingLoversMonth to post on social media.