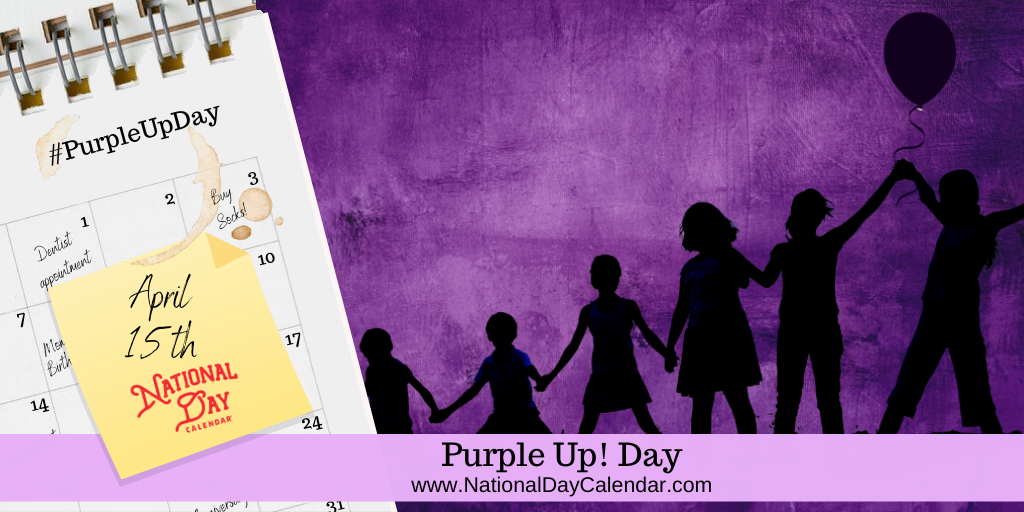 During the Month of the Military Child, Purple Up! Day on April 15th recognizes some of the military’s most unsung heroes – their children. The day encourages everyone to wear purple representing all branches of the military and showing… Read more… 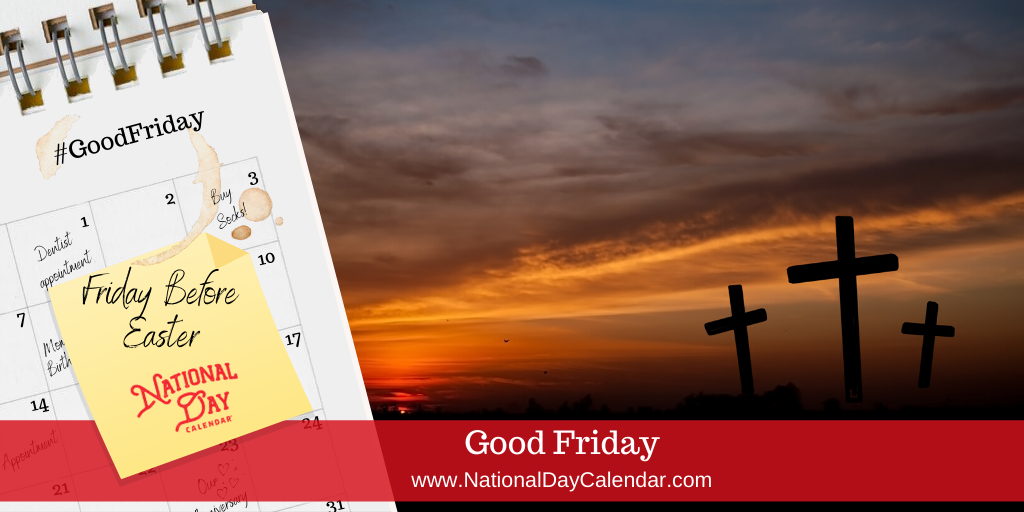 The Friday before Easter commemorates the Crucifixion of Jesus Christ in the Christian Faith and is called Good Friday. Christians around the world recall the biblical stor … Read more… 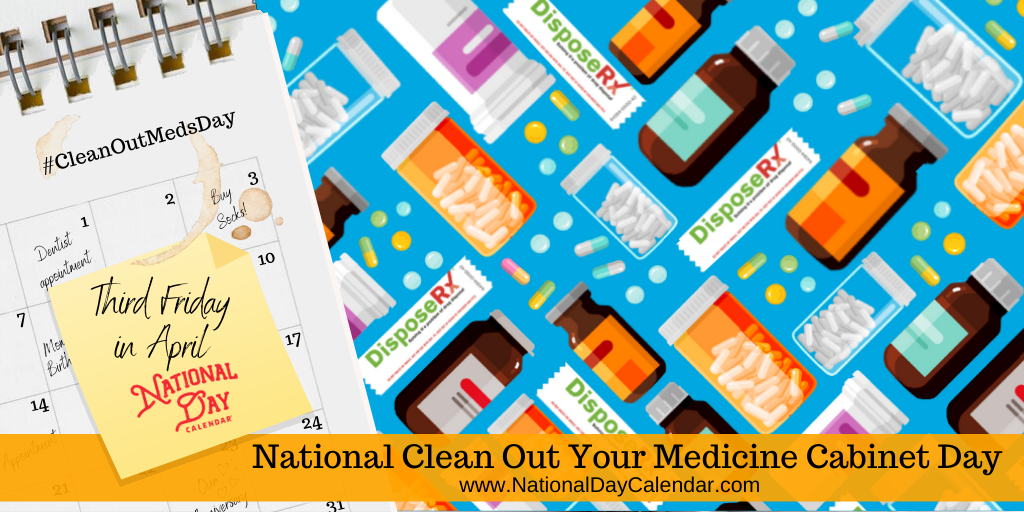 National Clean Out Your Medicine Cabinet Day occurs annually on the third Friday in April. The day aims to raise awareness and effectively rid homes of unused or expired prescription and over-the-counter medications sitting in medicine cabinets, nightstands, or kitchen cabinets that have the potential… Read more… On April 15th, National Titanic Remembrance Day remembers the lives lost when the Titanic sank into the North Atlantic’s icy waters in 1912. We remember the more than 1,500 people…. Read more… April 15th of each year is National Tax Day. In the United States, the term “tax day” refers to the day on which individual income tax returns are due to the federal government. The day may also refer to April 15th for state… Read more… Is it a calculated risk to celebrate National Take A Wild Guess Day each year on April 15th? It might depend upon how you observe the day. Will you guess how many jelly beans are in a jar? Or will you be estimating… Read more… 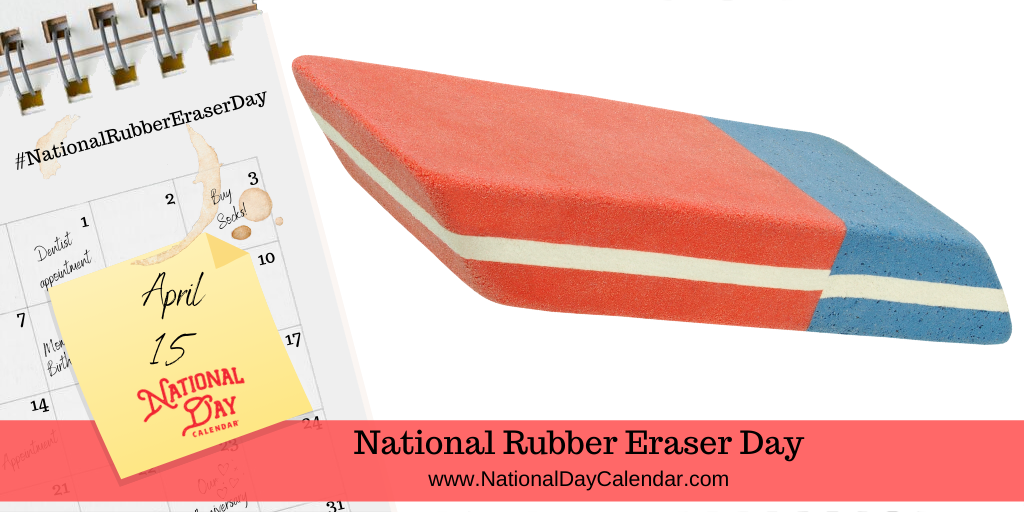 National Glazed Spiral Ham Day on April 15th each year celebrates an innovative and delicious food. This gourmet-looking dish often found at a holiday feast, originated in the basement of Harry… Read more… Place ham in roasting pan & pour water into the bottom of the pan.

Cover with aluminum foil & bake for 90 minutes or until heated through, soft and tender.

Prepare Glaze after placing ham in the oven.

Mix glaze ingredients in saucepan heat over low heat until simmering. Stir until smooth and remove from heat.

Once the ham is heated through, brush the glaze over the top to cover it completely.

Return ham to the oven & bake uncovered for an additional 20 minutes allowing glaze to caramelize.

April 15th Celebrated (and Not So Celebrated) History

Chief Menominee dies in Kansas a year after his removal from an Indiana reservation. The chief and religious leader of the Potawatomi tribe on a reservation near Plymouth, Indiana, Menominee, refused to willingly give up lands in 1838 as part of the 1836 Treaty of Yellow River. Indiana Troops forcefully removed the village to land in Kansas, during which 42 members of the tribe died. The removal of the Potawatomi Tribe became known as the Trail of Death.

Titanic sinks in the North Atlantic after hitting an iceberg. More than 1,500 people lose their lives in the icy seas.

The United States mapmaker, Rand McNally, publishes its first edition of the Rand McNally Auto Chum. It would later be renamed Rand McNally Road Atlas. At the time, the book of maps contained no numbered roads and included no index.

April 15th Celebrated (and Not So Celebrated) Birthdays

The Renaissance polymath is known for his genius in several disciplines. As an inventor, artist, scientist, and mathematician he influenced the generations that followed him. Da Vinci designed human flying machines including a type of helicopter. Some of the world’s most treasured works of art include da Vinci’s Mona Lisa and The Last Supper.

“It takes a great deal of history to produce a little literature.” ~from Henry James’ short novel The Europeans (1878)

The American-born author is known for spinning tales that depicted an early realism in literature. Some of his best-known novels include The Turn of The Screw, Daisy Miller, and The American. On January 1, 1916, James received the Order of Merit for his work in literature from King George V.

The French philosopher devoted his career to sociology and developed the first academic focus in its study at the University of Bordeaux and later the Sorbonne.

In 1925, the civil rights activist organized the Brotherhood of Sleeping Car Porters. He served as the president of the union, which represented thousands of Pullman Porters and maids employed by the Pullman Company.

In the 1920s and 1930s, the Empress of the Blues topped sales for Columbia. And yet the talented jazz and blues singer made her money performing since Columbia paid her no royalties. Smith was often paired with the greats including Louis Armstrong.

In 1954, Norma Merrick Sklarek passed her architect license on the first try. Some of the major projects she worked on include The United States Embassy in Tokyo, Japan (1976) and the Mall of America in Minneapolis, Minnesota (1992).